Let's keep the Motorola leaks coming. This time we're getting a leak from @evleaks. Our favorite leak tipster, who is usually right by the way. Remember back in April, when Google's top execs said that Motorola had some phenomenal devices in the pipeline? I wonder if this is one of them? What we see above is a Motorola device running on AT&T's LTE network. But it is encased in a box, which internal testers at Motorola and the carriers usually get so that way they can't leak the final design.

In the images above, you can see that the headphone jack and speaker at the top are in the same place as some of the other leaks we've seen. You can also see a Motorola logo in the upper left-hand corner. The Motorola logo on each picture is a bit different. If you look closely. Maybe it's some kind of notification light? A The display also looks a bit smaller than what we see other OEMs putting out right now. If I had to guess, I'd say it's a 4.3-inch or 4.5-inch display. But don't quote me on that one. 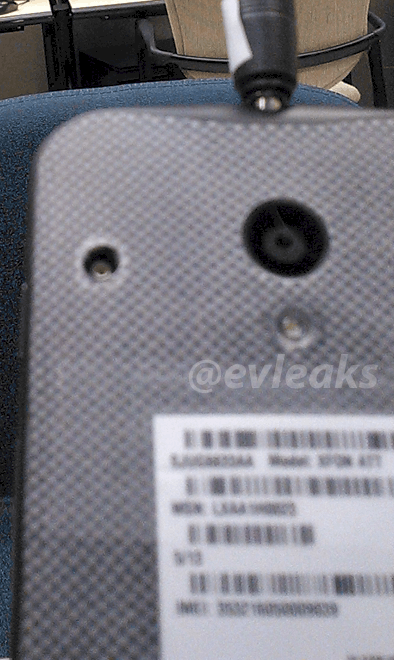 Now as far as the software goes, it looks like it's basically stock Android. The only real change I see is the 4G LTE signal indicator is different, and the "AT&T" in the status bar (which is annoying in my opinion). It is hard to tell whether it's Android 4.2 or another version of Android from the pictures. But it is running the new Google Play Store v4.0.x.

Could this be one of the devices Google shows off during that 3-hour keynote at Google I/O in less than two weeks? I really hope so. Motorola needs to get something out into the wild ASAP. It's been over 6 months since they released their last device, which was Verizon only. Unless you count the Razr i, which didn't do to well and was their first Intel-powered phone.

So what are your thoughts on this device? Is it something you might be interested in? Could it be the mysterious X Phone? Let us know in the comments down below.