There has been a lot of controversy surrounding Samsung and their continue insistence on using plastic in the design of their devices leading to cheap looking and feeling device. On the other hand we have Huawei, which historically is not a brand synonymous with premium products instead tending to focus on low-end, budget device. Huawei’s latest device the P6-U06 which not only promises to be the thinnest phone on the market measuring only 6.18mm, but will be sporting a beautiful brushed metallic finish on its back.

While we can’t say for certain whether or not this will be an actual brushed metal finish or simply a faux plastic one, judging from the photo above, there is a large glass piece under the rear camera as well as plastic sides  and a plastic band near the bottom suggests it might well be a full metal closure, with the non-metal areas acting as areas for the antennas to receive signals similar to the HTC One and iPhone 5. While a brush finishes do look amazing, they are expensive to produce, aren’t the most comfortable finish to hold in your hand and more importantly lack durability. Brushed metal finishes suffer a unique problem with straining which is caused by the oils from your fingers clinging on and oxidising the surface of the metal over time leaving permanent marks on the otherwise pristine finish. 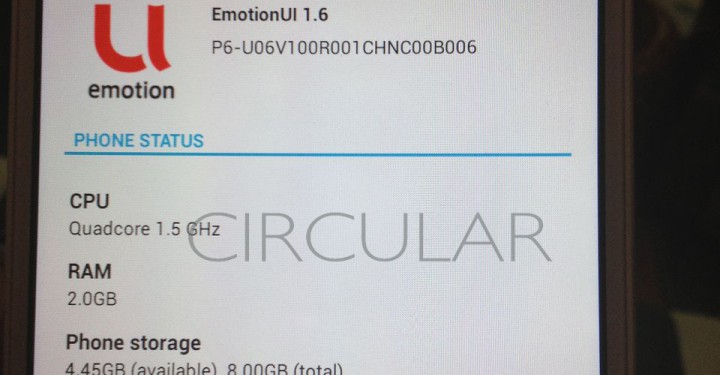 The phone will also be sporting Huawei’s EmotionUI 1.6, while we can’t say for certain which version of Android it’s based off, the previous v1.5 was based off 4.1.2 Jelly Bean, so hopefully this new version will be Android 4.2.2 Jelly Bean. The phone will also be sporting a 1.5 GHz quad-core and 2 GB of RAM, which might be the sporting ARM’s big.LITTLE architecture so this device will be no slouch especially when combined with the smoothness of Project Butter. 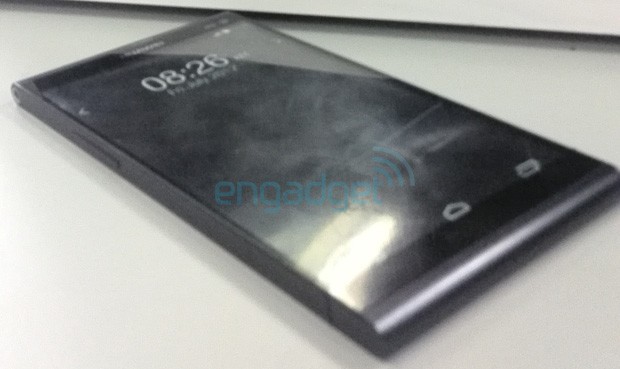 Unlike most OEMs, Huawei has opted to use soft buttons instead of the capacitive or hardware buttons favored by most Android OEMs, so it will be bringing the full feature set of Android Jelly Bean. Overall this phone will feature a beautiful minimalistic design, with curved edges and a brushed finish. Judging from the photos it might also support an official dock, with the five pins shown in the picture below. While there is no official release date, there will be a Huawei launch event in London on the 18th of June where it will probably make its official debut. If this phone is indeed going to be launch in London it will be making its appearance in countries outside of China, including the UK and most likely Mexico (the image leak from Circular is from a Mexican source). However there is still no word on an US launch of the device, but considering the hardware and design of this device as well as its launch in Europe and Mexico hopefully this phone will also find itself being released on all US carriers. 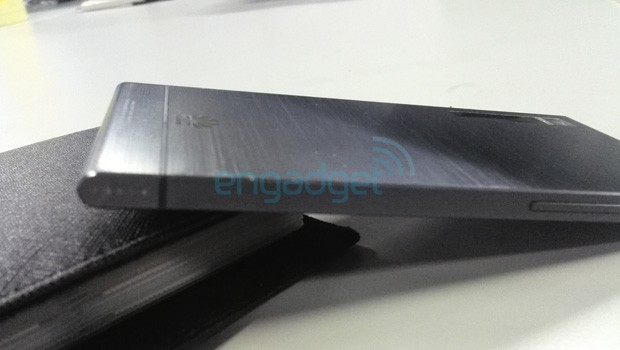