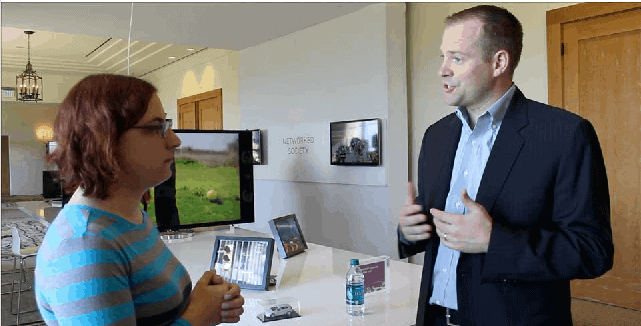 This week, AllThingsD's D11 conference is going on in sunny California. We've already heard from many people including the CEO of Cisco and Box, along with Apple's CEO Tim Cook. In fact, Motorola's CEO should be getting interviewed in a few minutes. But HTC's President, Jason Machenzie talked about a few of the hot HTC topics as of late.

HTC has been able to sell around 5 million HTC One's since they launched the device last month. According to Mackenzie, HTC wants to finish off the year strong going into "the next version of the HTC One" would that be the HTC Two?

Mackenzie had nothing really to say about the Verizon HTC One, just that they want their flagship device in as many places as possible. Which we've been hearing that for quite a while. Mackenzie also insists that the news about the "mass exodus has been way overblown. We've lost some key people; some where planned and some were not. But it's not masses of people." So take from that what you will. It does appear that HTC is trying to make a comeback, even if it is too little too late.

AllThingsD's Ina Fried spoke with Jason Mackenzie from HTC, and you can see that entire video down below.

While the 5 million HTC One's looks small compared to the 10 million Galaxy S4's in just 25 days. It's still a step for HTC. Considering they took some major chances with the One (for example a 4MP camera), they are doing well with it. I just hope that it can keep them afloat and help them at least get back on track making some money.

How many of you want to see HTC get back on track? Or do you want HTC to go away and it be Samsung-country here in the Android world? Let us know in the comments down below.