It is no secret that HTC has had trouble in the past keeping their promises of producing updates to even their top-tiered devices. With the release of the HTC One, one of the hottest devices of the year and a fan favorite as well according to many polls on many different tech sites. Of course, there are also those on the other side of the fence when it comes to the HTC One. These folks are assumably mostly the Samsung fanboys or people that have been burned in the past by HTC.

Here at Android Headlines, it is near unanimous that the HTC One is a great piece of gadgetry. You can read our hands-on review of the HTC flagship for 2013 to get a better idea of what the phone is all about in case you don’t already know. 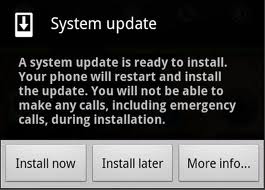 Basically for HTC, what it comes down to now is keeping all of the people that went out and bought, or will go out to buy an HTC One happy. Outside of producing accessories for the device which HTC has done a tremendous job of getting out even before the device, the company absolutely has to have great support. This means providing customers with exceptional customer service should something go wrong with the handset, and most importantly getting updates to the devices in a timely manner. It is well known that HTC is not the only player in getting the updates to the phone, but they still have to do their part before the carriers, at least in the United States, can put delays on the update. As long as HTC gets the update to the carrier, then they have done their part in keeping the HTC One users happy, and the very most important thing a manufacturer can do to keep users of their handsets happy is to keep the device on the most recent version of the OS.

Updates to Android, over the past several years have come very fast and furious. It, at times, has seemingly been very difficult for manufacturers to keep up with Google’s update schedule. It has been rumored recently that Google has begun to slow down the cycle of Android versions, but we have yet to see that over on the consumer facing side, as devices that are part of the Nexus  program have continued to get updates pretty regularly. It has been said that we will see this going into practice very soon, as it is rumored that Google may not release a new version of Android at this years Google i/O developers conference, instead opting for another point release of Jelly Bean. 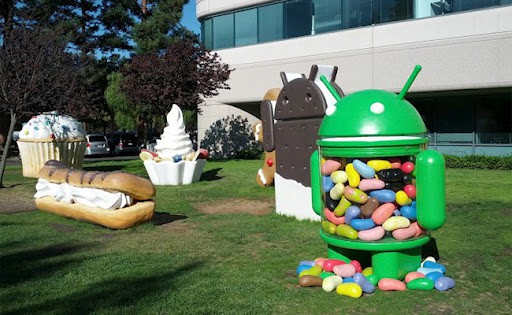 This could make it much easier for manufacturers, such as HTC, giving them a bit of a chance to catch up with Google’s release schedule. No matter what Google does though, it is very important that HTC gets the update out to the One just as quickly as possible and maybe even more important that they get the next version out to the One before Samsung can get it out to the Galaxy S4. This would provide HTC with plenty of bragging rights over the Samsung flagship, and prove a point to those comsumers that decided to go with the One over the S4, ensuring that users of the One remain happy with their device choice.

Do you have an opinion on the matter? Join in on the conversation about the importance of OS updates in the mobile space on our Google+ page or leave us a line in the comments section below.