It’s not exactly a secret that HP has struggled when it comes to both smartphones and tablets. This company’s 1st modern tablet offering, the TouchPad, was less than desirable from the get-go. Because of this, HP  had a so-called ‘fire sale’ with excess TouchPads and as a result of that, they’ve actually sold a number of these devices for less than they’re actually worth. As you may realize, that was not the most desirable outcome for HP, but it did let a number of users try out a tablet for the first time ever. What is there not to like when it comes to such an affordable Android tablet? Nearly two years later, HP seems to have realized that people are actually interested in Android-powered products.

While speaking during the company’s second quarter earnings call, Hewlett-Packard CEO Meg Whitman seemed very eager to talk about Android devices. Much more so than Windows 8 devices, which we’re sure Microsoft has encouraged them to talk about. Whitman explained that lately, the company has developed an interest in releasing several devices running different operating systems, and obviously Android is one of those. “Using multiple operating systems, multiple architectures, and multiple form factors, we are moving quickly to product the devices that customers want,” she said. 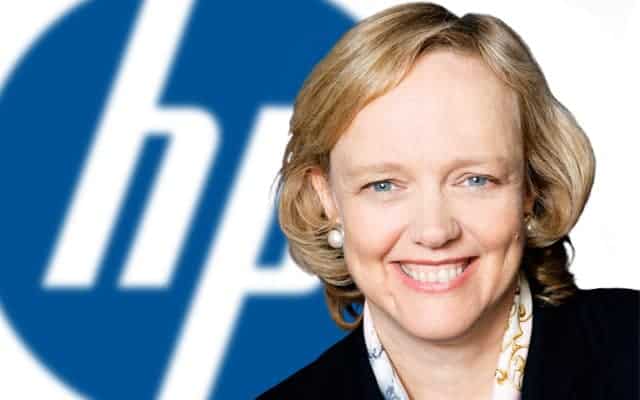 Back in April, HP released the Slate 7, which is a 7-inch tablet running Android 4.1 Jelly Bean. While that doesn’t seem too out of the ordinary, the device comes in at just $170. Whitman went on to say that early interest in the Slate 7 and Chromebook has been encouraging. “Following the launch of our first Chromebook in February, we launched the Slate 7 in the second quarter…Early signs of interest in [the devices] are encouraging,” Whitman said. She also mentioned a new hybrid device HP has coming called the SlateBook x2, which is an “Android hybrid device with the Nvidia Tegra 4 mobile processor.”

Finally, near the end of the call, Whitman got back to HP’s roots and talked about computers, but did once again bring up Android. “About PCs, listen, if we have the right product that’s priced right, the channel still loves HP. And frankly, having Android products here helps a lot. The $169 Slate helps covers a segment of the market that we didn’t have before,” she explained.

What do you think HP has to do to become a respected Android OEM? Let us know down in the comments!