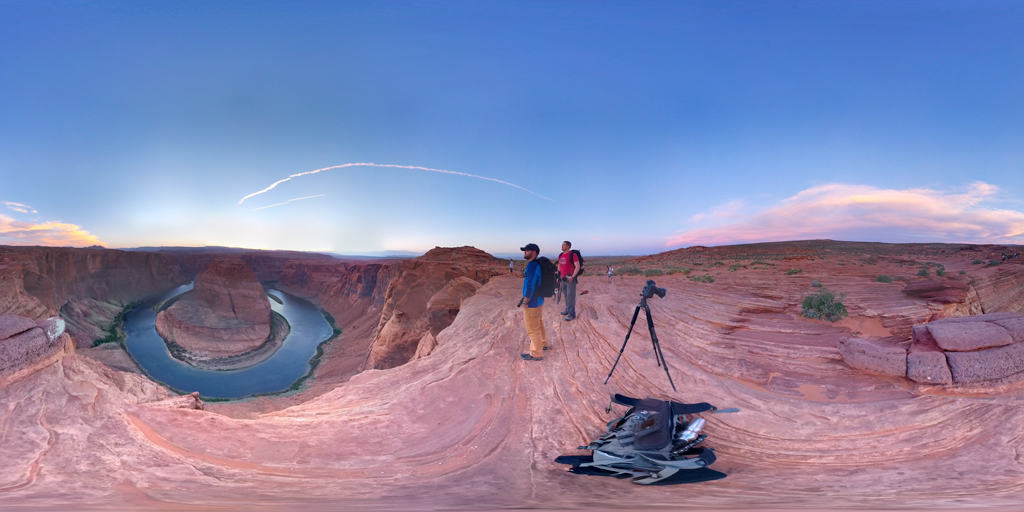 Currently, the only users who can play around with Photo Spheres are those running Android 4.2 Jelly Bean. Personally, my daily driver just barely got an update to Android 4.1 a couple weeks ago so I'm not holding out any hope to try the feature out anytime soon.

Even for the folks who can take advantage of Photo Sphere, it can only be shared and viewed in a very limited selection of places; Google+ pages are the most obvious location. Of course, Spheres can also be viewed on the source device, or through Google Maps if the content has been uploaded.

Thanks to a new widget, any website can now implement Photo Sphere viewing. The whole process is possible thanks to some good ol' JavaScript and the Google+ API. Although, the Photo Sphere images are not actually stored on the site in question. Photo Spheres first have to be uploaded to Google+ or Picasa, whereupon the new site widget can link to said content.

If you want to know how to implement Photo Sphere support for your website, there's a full set of instructions from Google here. You can also see the Photo Sphere preview widget in action here. The Photo Sphere previews in particular are pretty amazing. If you don't know how they work already, it's essentially a 360 degree panoramic image that supports panning views. Photo Spheres are presented with a first person view, so it almost looks like you're there at the actual location the image was captured. They look a little strange when they're flattened but that's okay, they were never meant to be viewed that way in the first place.

Unfortunately, the new widget does not make it any easier for folks to start capturing Photo Spheres but at least it's a start. For now, those of you who have Android 4.2 will be able to show off your neatest Photo Spheres a lot easier. The rest of us will continue to hold out hope for yet another update, which probably won't happen until a year from now. There's always custom ROMS, if you have an unlocked bootloader, of course.