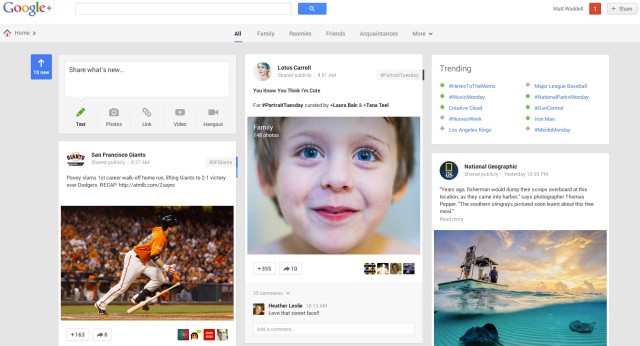 We here at Android Headlines love Google Plus. So when we get news of a huge update we are understandably excited. The update announced by Google today definitely qualifies for a few claps of appreciation.

The first thing talked about was the new stream. This update will be the first thing you notice when you log onto Google plus this afternoon. The old single column design is out, replaced with a beautiful three column look. It looks absolutely fantastic, Google Plus has always had a far cleaner look than its rival networks but this really organizes information even better than before.

Google Plus' stream is now the first social network to actually incorporate a feeling of depth into their design. Google will analyze posts and attribute a tag to them based not only on the words in the post and comments but on the picture as well. These tags will appear on the upper right of the individual posting. Clicking on a tag will cause a very smooth looking animation that flips the post over, revealing posts that are related to yours. This animation looks just like flipping a page and is, well, flippin' amazing!

Next up was Google hangouts. This is the service long rumored be called Google Babble. A fantastic looking app that integrates all of your different conversations. It was shown using multiple types of communication and much was made about its ability to hold on to conversations seemingly forever. However, not much detail was given. I expect we will be hearing more about this later on.

Last on the list were photos. Google introduced a dizzying array of new features for photo sharing on Google plus. I have noticed that Google Plus is usually lacking in terms of users sharing photos. Apparently the folks over at Mountain view decided that this needed changing and they really came up with a lot of useful new features. 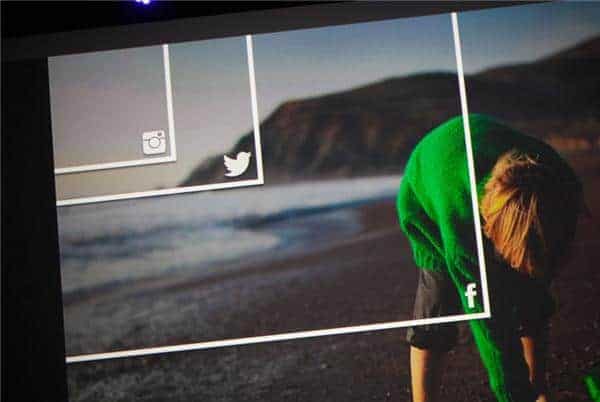 For a while now Google Plus has lead social networks in terms of picture quality. They allow full-sized uploads of pictures, and originally gave users 5gb of storage space. Unfortunately, that space could be burned up quickly so Google gave everyone an additional 15gb of cloud storage. This makes even an 8GB Nexus 4 a great option for taking lots of photos.

Next Google introduced a service that is capable of selecting the best shots from a massive album. This involves using a lot of complicated algorithms to eliminate poorly taken pictures. I won't pretend that I understand how it works, but if it really works as well as Google showed it working I've got a few albums I'd luck Google to thumb through.

I can't say that the unstopped spread of filters across social media land has exactly filled me with joy. However, Google's new approach to photo correction actually seems rather usable. They have put an "auto enhance" button within the Google Plus Photo Editior. This does more than just make a picture yellow. It actually analyzes the picture and is capable of correcting all sorts of inaccuracies with the push of a button. I can't imagine many pro photographers using this. On the other hand, it would be very useful for saving the occasional casual shot that just didn't turn out quite right.

It makes me very happy to see Google staying so committed to their social network! Do any of these new features excite you guys? Does the new interface look just a little bit busy? Let us know in the comments down below, and keep following AH for the best Google I/O coverage.