As Google Glass has made its way into the hands of early adopters, we’ve heard mixed things about it. For the most part, people seem to think that Glass will play a part in the future of wearable computing, but still has a long way to go. Then, there are the extremists. Tech pundit Robert Scoble raves over Google Glass and says that he will never take them off again, while some people, such as this Business Insider writer, say things like “nobody likes Google Glass.” One thing that Google has been quiet on, however, is how Glass will affect your eyes, especially for people like Robert Scoble who will supposedly never take it off.

Given its lack information on the topic so far, it seems fitting that Google would now publish a FAQ section on the safety of Glass. First off, Google suggests that Glass could harm vision that is still developing. Because of this, Google advises that kids under the age of 13 should not wear Glass. The company goes on to advise people who have had Lasik eye surgery to avoid wearing the device. If you’re really eager to try, then Google recommends that you go to your doctor for final approval, but given the fact that this is such early adoption, they probably won’t know anything about it yet. 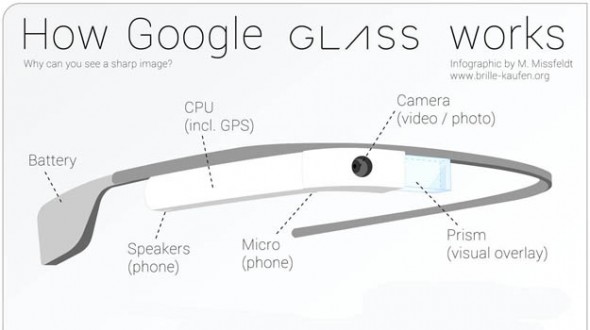 Next, Google suggests that using Glass for an extended amount of time will most likely cause eye strain or headaches, even if you have perfect vision. This was really to be expected, though. In general, the same warning applies to looking at a computer screen all day.

Google notes that if you do seriously suffer from any of these side-effects, you should return your Glass to them within the return window to receive a full refund.

It seems unlikely that Google will be able to resolve these side-effects anytime soon, but they really shouldn’t be a problem for most people. Some of the same problems apply to the Nintendo 3DS, but I anticipate that they won’t be as bad with Glass as with the 3DS.

What do you think of these warnings? Are they a deal breaker for you? Let us know down in the comments!