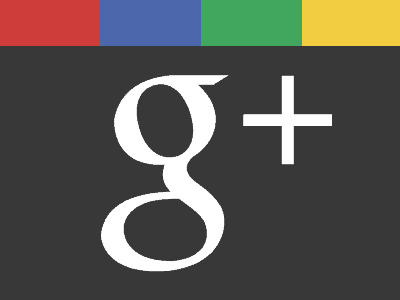 Google gloated last fall that their social networking site Google+ had reached 400 million members,  however of this 400 million users, Google went on to say that around a quarter (100 million) were active users of the service. With this said however, its well-known that Brands, Businesses and Enterprises are still choosing to ignore Google+ for whatever reason. The problem for Google and Google+ is so bad, that it has been deemed a "Ghost Town" which is not good news for Google.

Even more worrying than any of this is just how much Google is struggling to capture new businesses, brands and enterprises. It's not that the new business isn't their, it's just Google cannot draw them in. Instead, they are using Google's competition Facebook or Twitter.

"The main reason we are more active on Facebook than Google+ is because that is where our customers and our target demographic are spending their time,"

Nielsen Media research, concluded from its research in March that its analytics are even worse than the apparent struggle. With US users spending an embarrassing 6 minutes 47 seconds on Google+, in relation to more than 6 Hours on Facebook.

News website Reuters conducted a survey and found that of the 100 most valuable worldwide companies in 2012, on 72 were on Google+ whereas Facebook had 87. Even worse for Google, around 40% of these users were inactive meaning that the actual number of them using Google+ is closer to 35.

"In my personal network, I have very few people who are actively using Google+"

He then followed up by stating:

"That could be a reason why I haven't thought about it as an effective tool."

Google claims that more than 100 brands have amassed over 1 million followers on Google+, I personally can see why Google+ is struggling it just isn't intuitive for me. To the point that, I struggle to understand Google+, how it works and what its aim is. With Facebook, you can tell it's about connecting with people, with Twitter you can see that its main purpose is for you to see what all your favorite people are doing (celebrities etc), but Google+ I just don't see its aim or purpose.

Perhaps our readers can shed a bit of light on Google+, let us know in the comments below what you think of Google+