Skip to content
Trusted By Millions
Independent, Expert Android News You Can Trust, Since 2010
Publishing More Android Than Anyone Else
41
Today
41
This Week
816
This Month
4641
This Year
122214
All Time When the Samsung Galaxy S4 was announced back in March, Samsung also announced a ton of great accessories for their newest flagship device. They announced the S View Cover, a scale, a battery pack, a wireless charging plate and much more. Today, we’re taking a look at the S View Cover for the Galaxy S4. It’s actually a rather unique cover, and is pretty similar to the flip covers we saw for the Galaxy Note 2 last year. 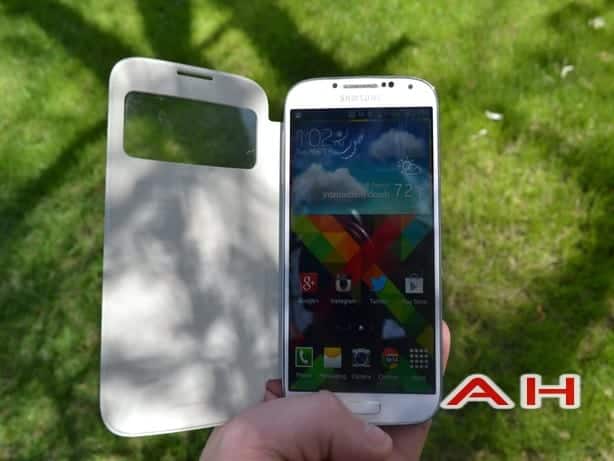 The S View Cover replaces the back cover of your Galaxy S4, in this case we have the white Galaxy S4 and the white S View Cover. It just snaps right on, in place of your current backing. The front is made out of a vinyl type of material, and has a small transparent “window” at the top where you can see the time/date, notifications, and everything in your status bar. The background is also black, probably to save some battery for you. The S View Cover has a magnet on the edge so when you open it up, you’re greeted with your home screen. Closing it, you go back to that small screen which has a black background and white letters and numbers. 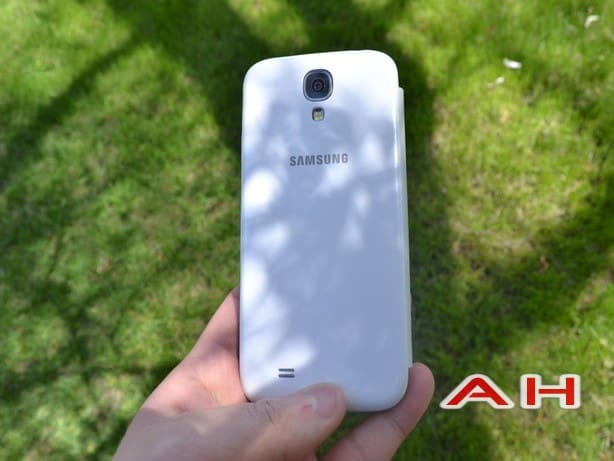 Personally, I found the S View Cover to be a bit awkward when using the Galaxy S4 for somewhat long periods of time. You either have to fold it back behind the S4, of have it dangling beside it. But that’s just my opinion and i know many people do love the S View Cover. On the other hand it looks really nice, and it’s something I’d probably use quite a bit. I often pick up my phone to check the time and my notifications. So having the S View Cover on will probably save some of my battery life. The only downside, is you can’t really see the LED notification light with it on. But if you fold back the S View Cover, you can take pictures through it. Which probably isn’t the best idea, but it does work well. 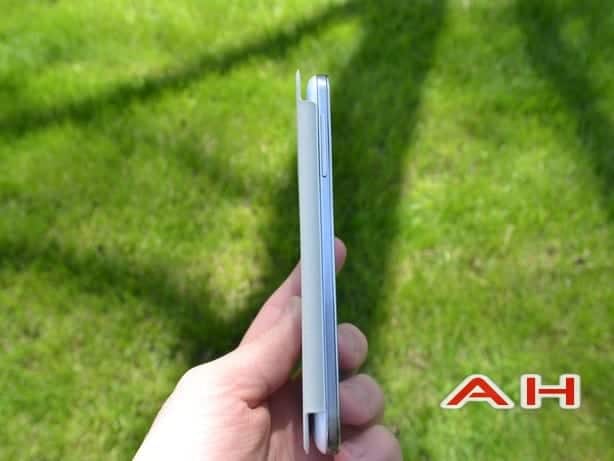 The S View Cover is “only compatible with the Galaxy S4” it would probably fit on the Galaxy S3 since they are just about the same size, but all the functionality in this cover wouldn’t be there. It’s available at many different retail outlets for about $60. Your wireless carrier should have them in stock when you pick up your Galaxy S4 as well. I’m not sure it’s worth the $60, but it is a really cool accessory for the Galaxy S4. 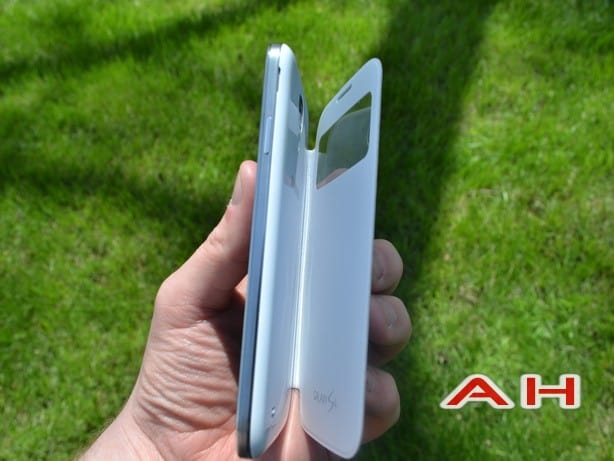