Being able to take a photo whenever we want, whether it be through our smartphones or through a digital camera system, has taken something away from us over the years. Time was that you'd carefully collect your photos and have different albums for family, holidays and landscapes. Now though, it feels like we just have a big digital mess of photos – half of which we probably don't want – and we never give the photos the same attention. CameraAce is an app that aims to change all that. Read on to see how.

Description: CameraAce is an Android app that's designed to organize your photos like we used to with photo albums. However, here you'll be able to add filters of your choice, frames and more to each album, individually. That means those photos of your family and friends will look different to those holiday photos you took. The default settings for albums are the following:

How it Works: To start creating your own collections, you'll have to download the app from the Play Store. Once you've done that, you'll see the default albums and their cameras: 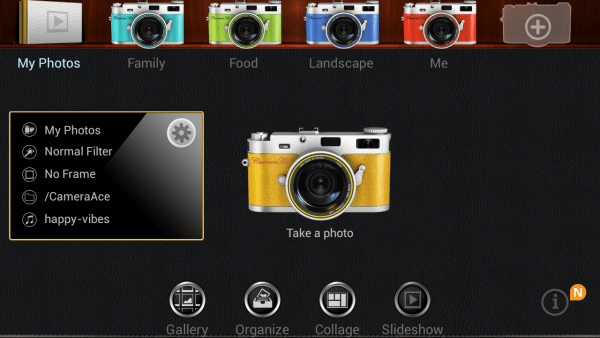 As you'll see on the left, the filters used are listed. When you take a photo, the default camera app will pop up for you to take your photo: 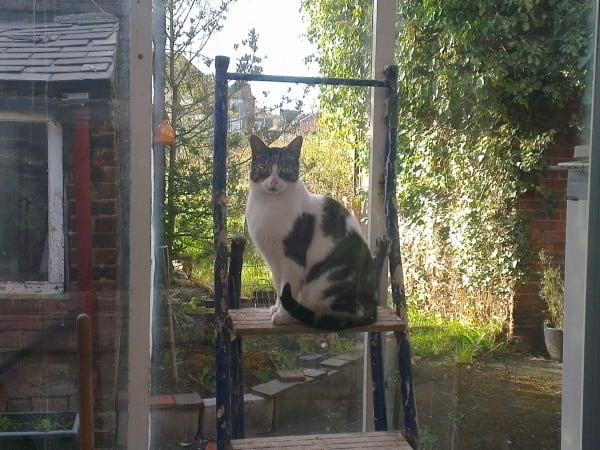 Once you've taken your photo, it will appear in the album in which you took it, so I took this in "My Photos" and you'll see that it's there in "My Photos": 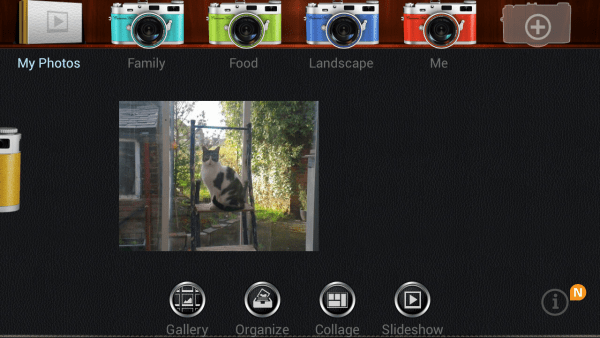 You can play a slide show as well, which will play some music and give a relaxing way to look back through your photos: 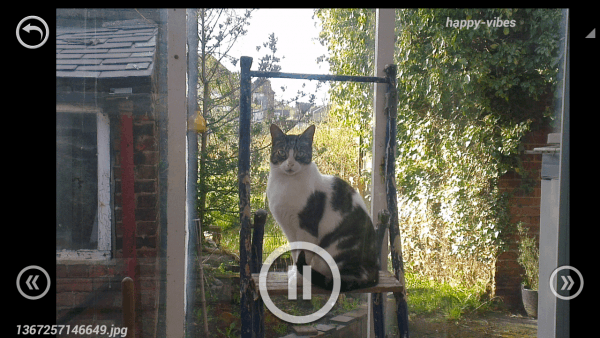 Of course, where CameraAce really shines is the ability to create your own themes and albums, you can change the effect to put on your photos: 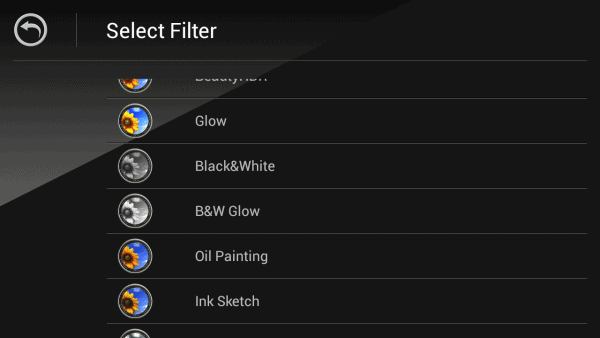 You can also choose your own camera: 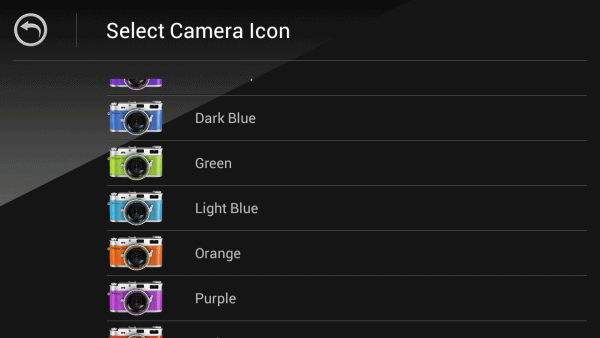 Of course, you can also name your albums as well: 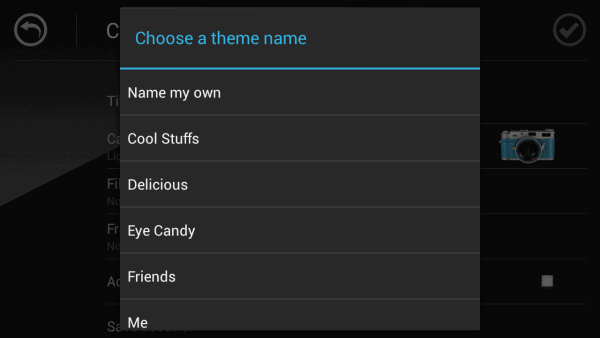 Galaxy Note owners are in for a special treat, and can annotate their photos to make them even more unique: 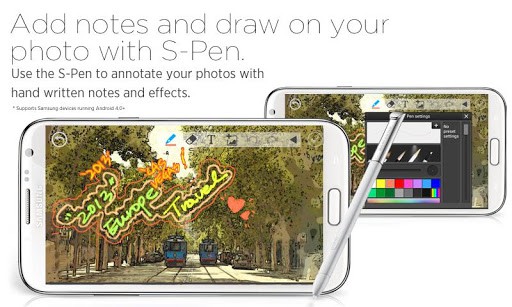 Opinion: I like the idea of having an album for each type of photo and while I probably wouldn't use it everyday I can certainly see the appeal of it. Let's take new parents for instance, as that child grows, they're going to want to take a ton of photos and they might want to use black and white, or maybe a special frame. CameraAce will alow them to do that and it's easy to set-up your own albums for this purpose.

Conclusion: CameraAce is certainly not an app for everyone but, those that are looking to organize and curate their photos more creatively, it's a great choice. The ability to customize pretty much every aspect of the albums here is a nice touch as well, and should make for a more creative experience when photographing different subjects. New parents can have an album for each one of the kids for example and animal lovers can do the same. Holiday snaps can have their own frame and filters, it's all very customizable and works well. CameraAce was original designed for Samsung devices but, it will be hitting a wider range of Android devices starting this June.