The lead industrial designer for Google Glass, Isabelle Olsson showed off a few pieces of Google history at Google I/O today. She debuted two prototypes at a developer session this evening. The picture above is a huge, clunky early model typical of earlier prototypes of Project Glass. 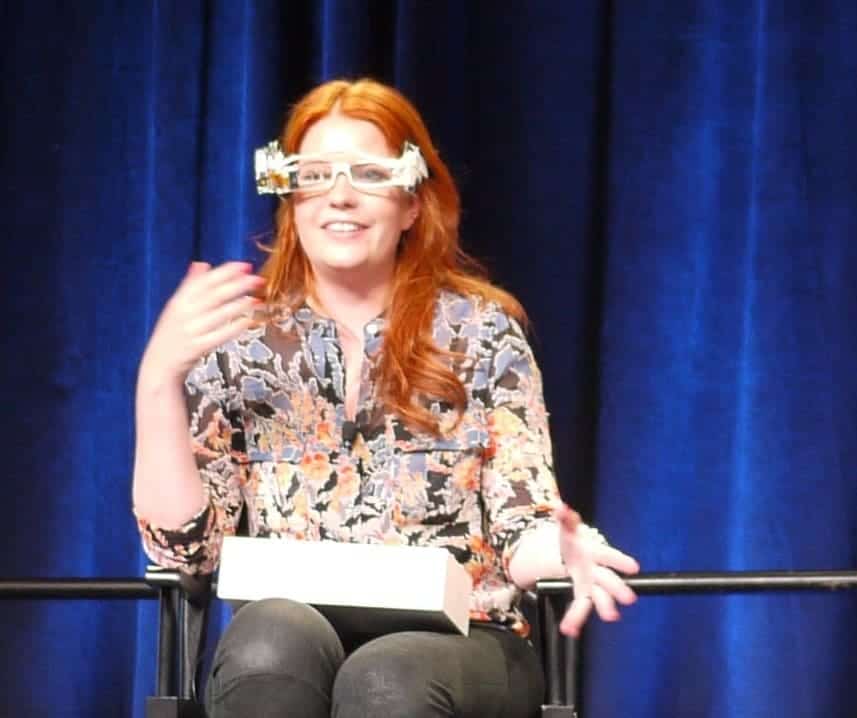 Olsson said “I will never forget the first day on the team”, she added “I walked into a room full of people wearing these crazy things on their heads. ….It’s kind of heavy. How do you go from something like this to what we’re all wearing today?” She said there were three guiding principles which included lightness, simplicity and scalability.

Olsson also stated that we are obsessed with weight and that we care about every single gram. She also said they strive to make Glass modular, so it can be used in other cases, such as prescription Glass units, which she showed the audience. 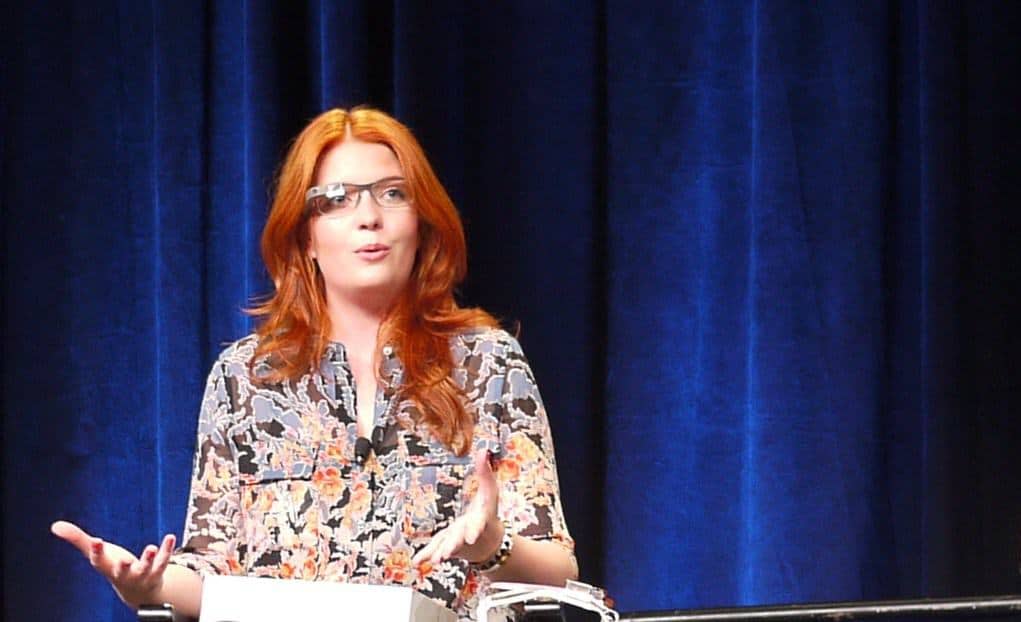 That first image was kind of scary right? Could you imagine wearing those heavy glasses everywhere? It’s bad enough that Project Glass is already pretty odd looking and obvious that you’re wearing them. Isn’t it amazing to see how technology changes in just a few short years. We went from that big prototype to a “slightly smaller one. Okay slightly might be an understatement. Project Glass is probably Google’s most interesting product in quite a while. We’re seeing new blogs pop up all over the place that are dedicated to Project Glass. So it looks like Glass is the future, and probably won’t end up on Google’s Spring Cleaning list anytime soon.

How many of you are excited to see prescription lenses inside Glass? Is that making you want to shell out the $1500 now? Let us know in the comments down below.