When Google announced it’s purchase of Motorola Mobility last year it was quite a surprise.  Google was, despite it’s recent ventures into self-driving cars and even it’s creation of Android, a search company. Everything that Google has done from the development of Google Maps, to Gmail, to Google Voice has always tied back to driving traffic to ads in some way. Purchasing Motorola was a giant step in a whole new direction. This move put Google in the mobile hardware game, a whole new highly competitive market.

The mobile industry isn’t just competitive, it is one of the most competitive consumer products in any market. Google was going into a fight against Samsung, LG, HTC and Apple as well as a plethora of second-tier manufacturers scrambling for market share in an industry that is exploding all around the world. Not only is market share hard to come by, but Motorola has been getting it’s tail kicked for years. Mediocre hardware, high prices, forgettable marketing and a lack of innovation have contributed to Motorola hemorrhaging money for quite a while now.  Even since Google’s takeover of Motorola things have hardly improved. Motorola’s earnings have consistently missed analyst’s predictions as hundreds of millions have been lost since the acquisition despite layoffs and streamlining.

So did Google make a bad move when it purchased Motorola? The predominate theory at the time of the acquisition was that Google was buying Motorola mostly for it’s 17,000 patents. Those patents were valued at $4 billion when Google bought Motorola, but a recent lawsuit against Microsoft valued Motorola’s patent portfolio at $1.8 million. That is a pretty staggering blow to the value of Google’s newest purchase. Although those patents may prove to be valuable in the future as Google seeks to defend Android from any future litigation from Apple, for the moment those patents are not paying for themselves.

This all looks pretty bad for everyone’s favorite search giant, but there are a few more pieces of information that we haven’t examined yet. First, Google sold Motorola’s set top box business, and in exchange it got a significant stake in a profitable broadband technology firm. Forbes reported back in December:

Google has sold Motorola Mobility’s set-top box business to Arris Group for $2.35bn in cash and stock, in a deal that will go through next year.

The internet giant is offloading Motorola Home and getting a 15.7 per cent or so stake in broadband technology firm Arris plus $2.05bn in cash at the same time, Moto announced.

This is certainly a step in the right direction. Google has gotten rid of a portion of Motorola that wasn’t profitable any way and in return owns a decent chunk of Arris. But there is another way that Google has used Motorola to save significant amounts of cash. This is from the same Forbes article that is linked above:

“The tax benefits of the deal make what was a good deal into a great deal,” said Robert Willens, a New York accounting and tax expert. He estimated that through the acquisition, Google can expect to reap $700m a year in tax deductions from future profits each year through 2019. Google also will be able to immediately reduce its taxes by $1bn due to Motorola Mobility’s US net operating loss, and by a further $700m due to its foreign operating loss, he said.

When you add up everything Google has saved in taxes by acquiring a company that is losing money and combine that with income from Google’s share of profits from Arris; Google only payed a net of $1.5 billion for Motorola. That puts things in a very different light. 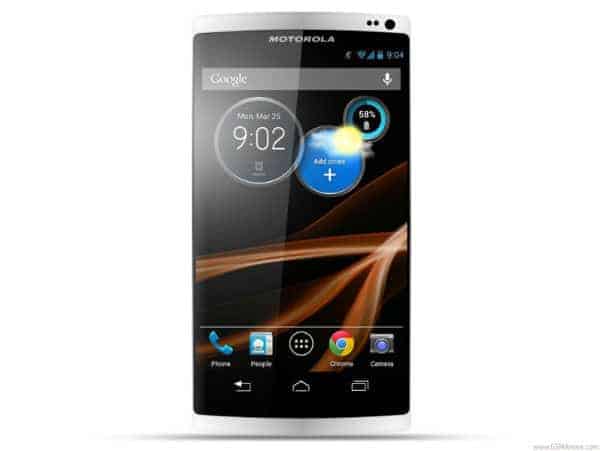 Motorola is still not profitable. That fact cannot be ignored, but the last chapter of this story hasn’t been written yet. In just a couple of weeks we will finally get to see the first device that Motorola has  entirely developed under Google’s tutelage  It will probably be called the X-phone, and although at this point all we have are rumors, where there is smoke there is fire. Google/Motorola are looking to make a big move with the X-phone, and if this move is even moderately successful we may well see Motorola turn a profit in 2013.

Did Google waste $12.5 billion when it bought Motorola? Did Google waste $1.5 billion when it bought Motorola? Can Google turn things around at a failing OEM and turn a profit in a competitive market despite stiff competition from some of the most well-funded, innovative companies on the planet? I don’t know. None of us will until we see what kind of products Motorola can bring to market under it’s new leadership. What I do know is that if there is one company that could pull all of that off, it is probably Google.