The HTC One is a gorgeous phone, but everyone knows that so I’m not going to spend time droning on about it. That being said, there are a couple blinding issues with the device, one having to do with hardware, and the other having to do with a certain wireless carrier.

The global HTC One does not include a MicroSD expansion slot, despite the fact that the Chinese and Japan variants have one. For a while, we’ve been left to speculate on why HTC made such a strange choice but in a recent interview during CTIA 2013, the Senior Global Online Communications Manager for HTC spoke up. His name is Jeff Gordon, but before you get all giddy- it’s not the same guy that drives a Nascar stock racer.

“Because the Chinese version of the One is designed specifically for the smaller Chinese radio bands, we do have additional space inside the device we were able to use for the microSD slot. That space isn’t available to us in the global version.”

Sure, we’ll bite. That makes sense considering the iFixit teardown of the HTC One showed a tightly packed device in regards to the internals. That being said, I find it hard to believe the company couldn’t spend a little extra time tweaking the design to fit an expansion slot in. At this point, the point is moot since there is no expansion slot and the device has been on retail shelves for a while now.

At least now we have some sort of answer. 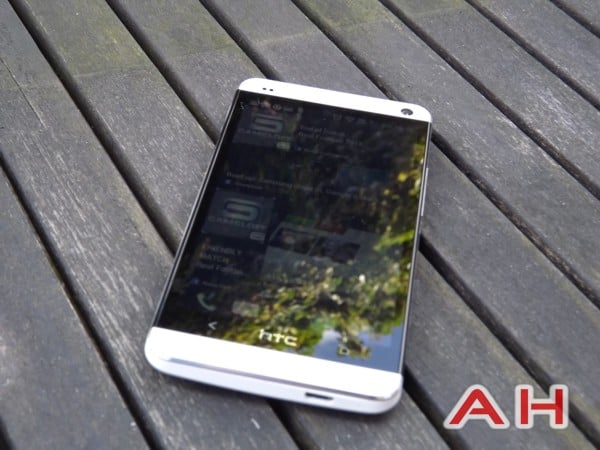 Moving on to the next issue, Verizon is not offering the HTC One in their device lineup. This problem is a little difficult to swallow (not more than the lack of a MicroSD slot mind you), especially since Verizon has been such an open supporter of HTC in the past. All Gordon could say about that is:

“It’s always a great thing to have our phones on as many operators as possible, but we’ve got nothing to announce in terms of Verizon.”

Keep in mind, there are still rumors flying around that Verizon will soon offer the HTC One so it’s possible the two companies are working something out. Only time will tell I suppose.

What do you think of Gordon’s comments? Do you think the mention of more room in the Chinese and Japanese variants is an acceptable answer? HTC One owners, do you even miss the expansion slot with all that cloud storage out there?