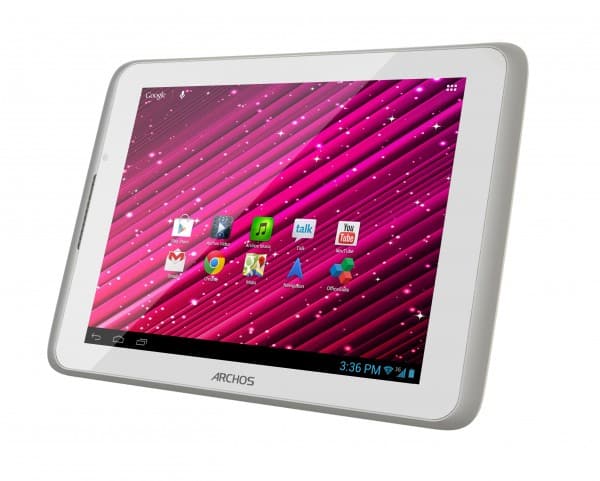 Archos is no stranger when it comes to designing Android tablets at prices that would make you question the Nexus 7's value for money. Whether you're in the market for a 7, 8, 9.7 or 10.1 inch tablet that could be a chef or child friendly tablet, Archos appears to have you covered with its wide selection of devices, all at insanely low prices without having to cut back too much on hardware unlike most other budget devices. Their latest product, the Archos Xenon 80 continues this trend of respectable hardware at a low price. The Xenon series is Archos' range of 3G mobile data compatible devices and the 80 is as you would expect the 8 inch model and despite only costing a mere $200 it does featuring some respectable hardware including:

Obviously this tablet won't feature the greatest hardware at such a low price point, but all things considered the ability to get a Snapdragon S4 SoC and Android Jelly Bean means the tablet would be almost as smooth as any out there on the market. While the 4 GB of internal storage is relatively small, the ability to connect to cloud service via mobile data and being able to add in your own microSD card means this would be a great platform for consuming media. The only real gripe I have with the hardware is the display, instead of going for a 1024×768 resolution I think Archos would have done better if they went for a 1280×720 due to most media using 16:9 HD aspect ratios instead of the now dated 4:3 aspect ratio, but still despite that issue with the aspect ratio the screen is still an IPS display so that means great viewing angles and accurate color reproduction so all your movies and pictures should still look great on it.

This tablet is also carries proper Google Play Credentials so you will have full access to the Play Store with all its apps, games, movies and books to help you enjoy your device and with a quad-core CPU it should have no problem powering the majority of games on the market. This tablet is expected to be on shelves by June and if you were waiting for a budget tablet and were disappointed at the lack of a new Nexus 7 at Google I/O  you might want to take a look at this device.