Regardless of how you feel about Samsung’s devices, or their TouchWiz skin on top of Android, nobody can deny that they’re easily the best OEM at keeping their older devices up to date. The Galaxy S II for instance, which is now more than 2 years old has Android 4.1, compare this to somebody like HTC and all we have to do is mention one word, “Thunderbolt”. HTC aren’t the only manufacturer known for slow updates however, Motorola and LG also lag behind as well. Whereas HTC are content to leave their older flagships behind on earlier versions of Android, Samsung will take care of its Galaxy S and Galaxy Note lines.

To that end, it’s not surprising that a leak of Android 4.2.2 for last year’s Galaxy S III has leaked out. The build carries an Android build version of JDq39 and was uncovered by the folks over at SamMobile. Here are some of the key changes in this update: 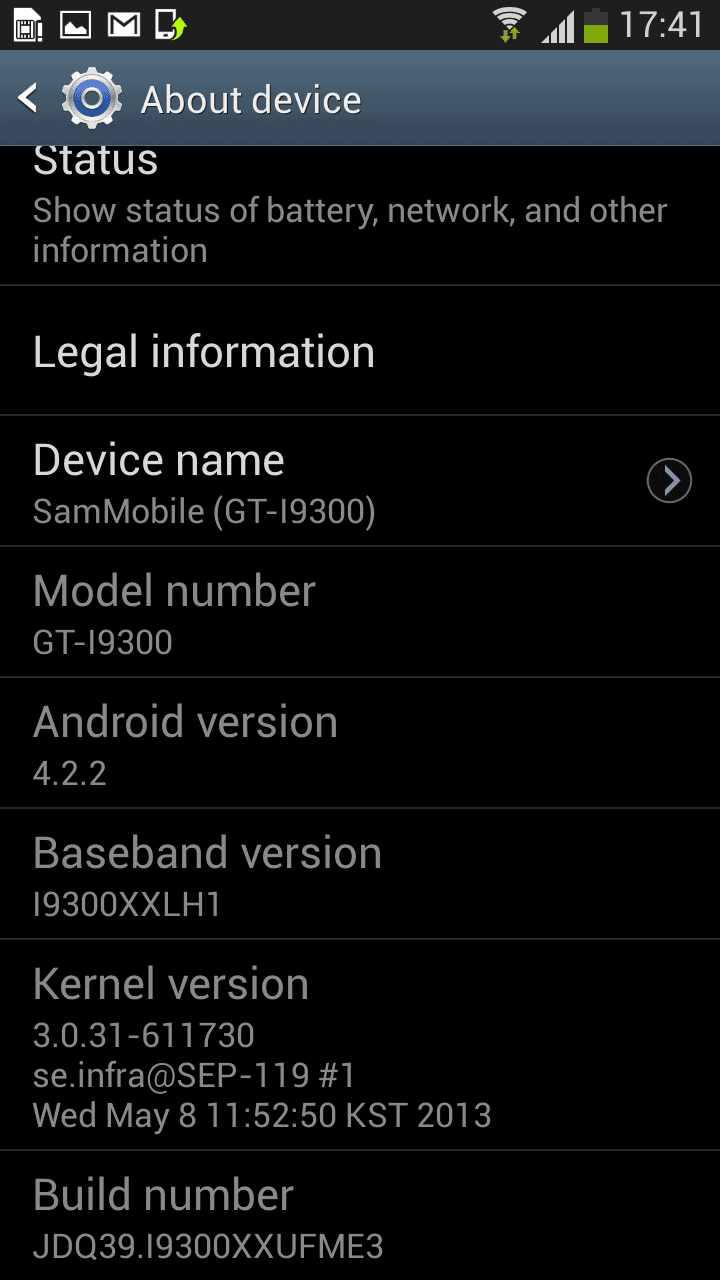 So, for all intents and purposes, it looks like Samsung are bringing a lot of their features down from the Galaxy S 4 to last year’s flagship. This isn’t too much of a surprise for Samsung, they did the same with the Galaxy S II but, the turnaround here is pretty impressive. While the firmware is not yet ready to be rolled out, even if it were another month wait, this would still be impressive timing from Samsung. I hate to keep mentioning HTC here but, the One launched with Android 4.1 and Samsung are readying an update to Android 4.2 to a smartphone that was announced a year ago. Below are some screenshots, including the obligatory Android 4.2.2 shot you can see above as well. Take a look at the video below for a closer look and if you’re interested to see how you can get this latest firmware on your Galaxy S III then head on over to the source link.