I love Android, and I openly despise iOS. This probably doesn’t come as a shock to any of you. Android is flexible, powerful, easy to customize and runs on every variant of the smartphone you can imagine. iOS represents everything that I could possibly hate about an operating system. Apple has tight control over what you can and cannot do with an expensive device which also happens to be sold at a massive profit margin. You can only do things with your iPhone that Apple says you can do. If Apple wants to replace Google Maps with Apple Maps and take away one of the core functions of the modern smartphone, they can do that. If Apple wants you to use the same cartoony, inconvenient interface for six years (and counting) then that is what you have to do. Even as I’m writing this I’m realizing more things I hate about iOS devices.

It is easy, especially as a tech writer, to hope that Android crushes the life out of every other mobile operating system on the planet. It is a natural reaction to competition, especially when you’re deeply passionate about something. I love this [insert thing], therefore I hope every competing [insert thing] is ground into dust and disappears forever.

We also have to consider how Steve Jobs’ reacted to Android. He ranted and threw things around his office and vowed that he would crush Android even if he had to destroy Apple to do it. The barbs and jabs that fly back and forth across the internet every day are  a continuation of this rant in many ways. But “victory” is not what is best for Android, tech enthusiasts, or the mobile industry as a whole. 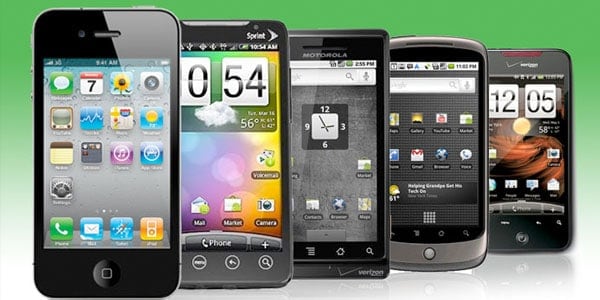 Android desperately needs iOS, Blackberry and even the Windows Phone because each of those operating systems emphasizes something at the expense of something else. Blackberry emphasizes messaging and security, iOS emphasizes simplicity and overall user experience, and the Windows Phone has the ability to run Microsoft’s Office Suite better than any other device while also pairing extremely well with the upcoming Xbox One.

I may not value any of what these competing ecosystems offer over the advantages of using an Android device, but that doesn’t mean other people won’t. We shouldn’t forget that advances in technology are meant to make our lives easier and more efficient. If an iPhone or a Blackberry happens to do that for you, then use them. Use a device that fits your budget, lifestyle and needs. For me, and for a vast majority of people, Android is the best choice, but Android needs competition as much as it needs devoted followers.

For example, from very early on Android struggled with responsiveness and speed. Android has pretty much always been  flexible, powerful, and has had many advantages over its competitors, but until Android 4.0 Android’s lag issues had a tendency to be annoying, and it wasn’t until “Project Butter” and Jelly Bean (Android 4.1) that Android truly surpassed its competitors in this area. Do you think that Google would have focused on this particular detail if Apple hadn’t been constantly yapping on about how smooth and wonderful to use iOS was? Maybe, but probably not. Google saw an area where iOS was legitimately superior and made sure Android matched or surpassed iOS. This is just one of many examples of iOS and Android pushing each other to make better and better products every year.

The last time an operating system truly did crush its competitors was in the late 90’s when Microsoft was the undisputed ruler of the personal computer. What did we get? A stagnation in the PC market and Windows Vista. The fear of failure, irrelevance and eventual financial ruin is what makes any company create amazing products. The next time you meet one, hug an Apple fanboy and thank them for giving Android something to learn from, because no matter what you say- nobody wants to truly live in a world where a single mobile operating system destroys its competition. Competition is always better for the consumer, remember that.