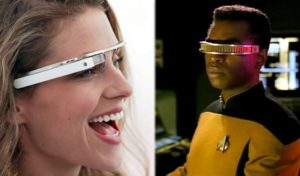 Google Glass has just now began to creep out into the world and already we are seeing sites and blogs created for the sole purpose of poking fun at how those that wear the niche Google product look to passersby. The similarities between Google Glass and geek mainstays such as the pocket protector, the Segway, or even Bluetooth ear-pieces are just too close to home to be overlooked. This brings us to the question of if Google Glass is just too much of a niche, or dare I say dorky, product to take off with any popularity outside of tech circles. That is not to say at all that those of us inside the world of tech will not be wearing our Google Glass proudly, but we also are the ones known to have always carried obscure gadgetry that begs to be questioned by people in public. It is no secret that we all cannot wait to get our hands on some Glass, or some Glass on our heads more accurately. 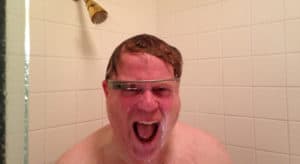 The new Tumblr.com blog called “White Men Wearing Glass” uses their little piece of the web to denote their hypothesis that “Google Glass is too dorky to succeed”. It may take some time to tell exactly how well Google Glass will sell, but as of yet we have seen many sections of society already piggy-backing on Google Glass’ popularity, even if it is only for a couple of minutes in the spotlight. This is true of the dive-bar in Seattle that banned Glass before it had even seen the light of day, as well as this new Tumblr.com blog. If Google Glass was to be too obscure, or dorky to have any success, then one might think that in turn, it would be lacking any ability, or reasoning, for these even more obscure parties to get in on the popularity surrounding Glass as a product. This is not even counting that we have already been hearing rumors of copycat products from many of the world’s top electronic and gadget manufacturers.

It could be that Google Glass is destined to go the way of Segway and slink away into obscurity shortly after the world seems to want to embrace it, or love to hate it. At this point, it is just to early to tell, but looking geeky may just be getting a whole lot cooler thanks to Google Glass.

Let us know if your picture will be likely to end up on the “White Men Wearing Glass” blog via the comments section below. Also, join in on our Google Glass Geekiness conversation over on the Android Headlines Google+ page and let us know what’s up.