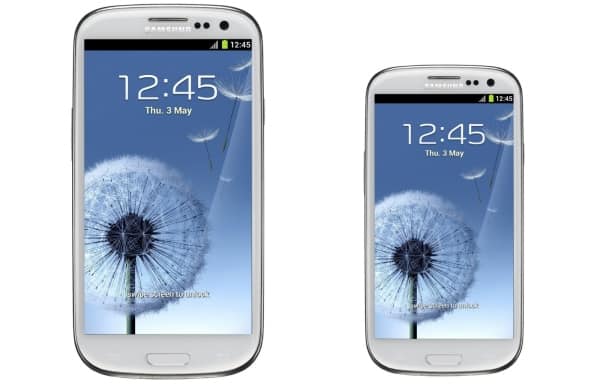 It was a trend that seemed to start with Samsung, as most Android trends do nowadays. A few months after the Galaxy S III was released, an S III mini was also sent into the wild. If we return to our current time; just a short time after the S IV hit the market, rumors are circulating for a mini S IV. Furthermore Samsung isn't the only major OEM making small phones. HTC are also making a HTC One Mini, also know as the HTC M4.

Before we even start to really look at how useful, or necessary, these products are for the market I reckon I'll make a quick guess from my personal experience. I know many iPhone faithfuls (I know eww…) that are turned off from the Android flagships, just because the phones are just so big. Also one of the major 'plus points' for the Android market is the huge choice of products, so more choice should always be good.

Is There a Hole in the Android Market?

Like I mentioned before, one of the great points about Android is their is huge choice of products. There are generic phones to 6-inch monsters, and most of what's in-between.

However, with the recent flagship push to 1080p 5-inch phones a hole in the market is appearing. Now that none of the major OEMs are making average sized phones anymore, many potential new customers are being pushed away by the huge screens that can be quite uncomfortable to manage.

Android needs to fill this hole in the market if they are going to play on their strength of diversity.

Why Are Manufacturers Making These Mini Phones?

Naturally manufacturers mostly lean towards making money, but a few more specific reasons can be whittled out. As Android's largest holder of sales, Samsung makes a good example to look at.

Huge amounts of people are greatly excited for the huge power and amazing 5-inch screen of the Galaxy S IV. However, there are also a lot of people who would dislike this. However, these people (a lot of them joining the Android market due to the popularity of Samsung) will still want a Samsung phone.

So Samsung has a simple way of solving this little problem of differing demographics. All they need to do is take all the hardware of the S IV and put it into a smaller body. It's a very cost-effective way of making a lot of people happy, and helps Samsung to dominate the market even more.

A great example of this is the Galaxy Note 10.1, Note 8.0 and Note 2. They all do basically the same thing, except they're all just different sizes.

Should All Manufacturers Do the Same?

In a word, yes. So far only Samsung is doing this extensively and while Song, HTC, and LG are doing something similar, it isn't enough. However, not all
companies are greatly suited to following Samsung's business plan. HTC in particular.

HTC UK chief Phil Robertson says, "We have to get back to focusing on what made us great – amazing hardware and a great customer service experience. We ended 2011 with far more products than we started with. We tried to do too much."

Companies like HTC focus on making a select few products that work really well. If they try to follow Samsung, they're just going to get crushed by a one-on-one battle with the larger company.

The Problem With Mini Handsets

Naturally no product is perfect, but so far the mini handsets all seem to have a similar problem. None of them have EXPLOSIVE power. And if you try to take

on the iPhone in its own turf without it, you aren't going to get very far. While the iPhone doesn't particularly have a lot of power, the simple operating system doesn't need as much to run very smoothly.

Even the Samsung Galaxy S III mini felt like a mid-range device for its time, odd considering that the Galaxy series has tended to have the most power of all the major OEMs. Until the Android market can supply 'tower of power' mini handsets, the iPhone is going to dominate the market.

The Future of Android

I'm certainly not going to be vain enough to say that mini-handsets are going to be the future of Android. The market of Android changes so quickly that no set thing can be 'the future', but mini devices are certainly going to play a significant role in Android's continued dominance of the market.

So I turn the issue over to you. Should Android make these mini devices, or should they focus on 'bigger is better'? Personally, I reckon that they have the hardware already, why not make them?