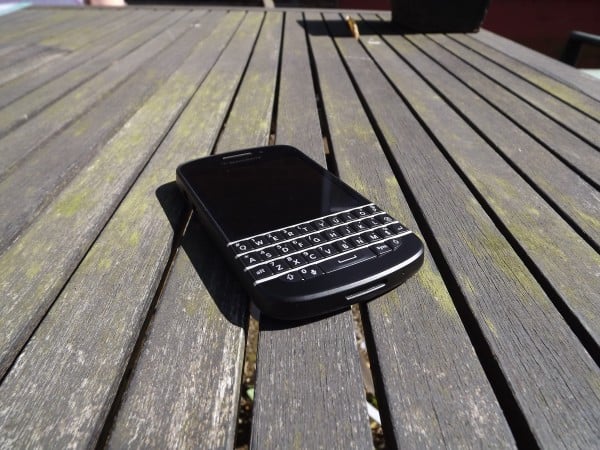 As you know, our Primetime stories take on a much more editorial tone that our everyday news stuff here at Android Headlines and this post is going to be no different. Recently, I got the chance to spend some time with the BlackBerry Q10, the BlackBerry that many people have been waiting for; the one with the keyboard. Now, I must confess this to my readers right now: I have never used a keyboard BlackBery before. Ever. This is also my first brush with BB10, and so please don't expect anything close to a review here. This is just going to be a post of my experiences with the Q10, which are perhaps too brief for me to judge it accurately. You could call this the post "What happens when you give a die-hard Android user a BlackBerry".

So, let's start with the look and feel of the phone. After spending time with the HTC One, Galaxy Note II and living with my One X and Nexus 7, the Q10 felt tiny in my hands. Which was actually quite refreshing, despite it's diminutive frame, it felt nice in the hand and had a nice heft to it, it certainly wasn't heavy but it wasn't light either. There's a good-looking sort of carbon weave effect round the back of the device that looks really nice. It stand out nicely and the BlackBerry logo is ever so slightly visible. The soft-touch material was very nice as well. 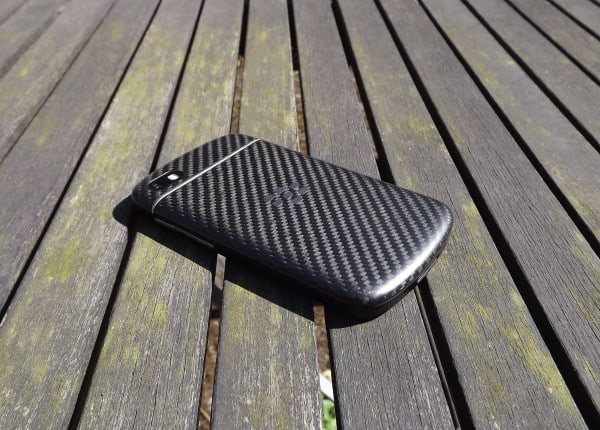 Writing for AH, I spend a lot of time with keyboards – full-sized mechanical clicky keys that drive people crazy. I love a good keyboard but, when it comes to mobile I am all about the soft keys. The original Droid intrigued me but, the question of whether I would ever get to grips with that keyboard kept me away. Here though, the keyboard was really quite pleasant to use. I have fairly large hands and so I thought that the famous BlackBerry keyboard would be too small for me. It wasn't, it was just right. After a few text messages here and there I was typing at a fairly decent pace and I actually ended up quite liking it. The feedback from the keys is quite nice and once I was used to the layout of everything, I was comfortable typing on the Q10.

BlackBerry 10 itself is a well-polished OS that really does look the part, it was fast and fluid. The gestures are well-implemented as well but, the touchscreen on the Q10 felt very unresponsive to me. Now, this could have been fixed in an update, I don't know. I did check for software updates a number of times to come up with nothing. Apps wise, the selection was good and while I absolutely didn't find it be as vast and varied as Android's, I didn't feel as if the app selection was a ghost town or anything like that. The display however, took a lot longer to get used to, it constantly felt strange to look at a display not only that small but, with such a strange aspect. Colors were crisp, as was text and it was very bright so there were no complaints there.

I'm not going to go into too much detail concerning the Q10 because, I don't feel like I am qualified to do so – if I wanted to bring you guys a review, I would do so competently, and I don't know enough to do that. What I will say however, is that BlackBerry is back. For a long time I have wondered what people saw in BlackBerry devices, especially when the OS was so outdated and smartphones "had moved on", well now I know why people liked them. A lot of Android users have come from BlackBerries and while I think that their hey day is long gone, they do still have a lot to offer. For instance, the BlackBerry Hub was a pleasant surprise. I am used to a myriad of connections with people, notably SMS and GMail. The Hub bought it all together, and I liked it. Sure, it was a little confusing seeing my work colleagues with my friends but, it was quite efficient.

Overall, I think that BB10 is a good platform and it certainly has a lot of potential, more than most of us here would think. I really enjoyed getting to know BB10, and I can see why some people might go back to the platform. For me though, there's not enough Google integration for this BlackBerry, or any BlackBerry to become my primary smartphone.