It is no secret that Microsoft and Apple have taken radically different approaches to the rise of so many mobile device manufacturers. Although both companies hold many patents that are now considered essential to making a modern operating system, they have taken opposite approaches to cashing in on the mobile “patent wars.” Apple, fueled by the manic rage of Steve Jobs towards Android has spent billions in court seeking outrageous damages from companies like HTC, Samsung and Motorola. Despite Apple’s massive resources being spent on abusing patent and legal systems around the world, the company has yet to have any relevant competing products pulled from the shelves, or to win any significant damages from one of it’s competitors. Essentially Apple has wasted the precious resources of legal systems in the US and Europe while accomplishing nothing.

Microsoft on the other hand has taken a much more subtle approach. Instead of costly court battles Microsoft has simply negotiated royalties for each device sold by practically every mobile manufacturer on the planet. Motorola, ZTE, HTC, Foxconn, Samsung and many others are all writing Microsoft a check each time they sell a device or a component. Without spending millions fighting in court Microsoft has put themselves in a position to profit no matter what company is currently selling the most Android devices.

Although the exact licensing fees haven’t been disclosed publicly, analysts  have surmised that Microsoft may be making anywhere from $10-$25 per Android device sold. But even conservatively, if Microsoft is only making $1, $4, or $8 per device, check out the graph below to see what that means over the next few years. It adds up quickly.

It is reasonable to expect that Microsoft could be pulling in nearly $9 billion annually from Android device sales alone by 2017. That is pure profit for the software giant, money that comes in without a dime of overhead or investment spent. That is how you win a patent war. High profile court cases and impressive sounding settlements might make for an interesting headline, but negotiating a small licensing fee and making a few bucks every time someone buys a smart phone anywhere on the planet is how you make billions and billions without breaking a sweat. 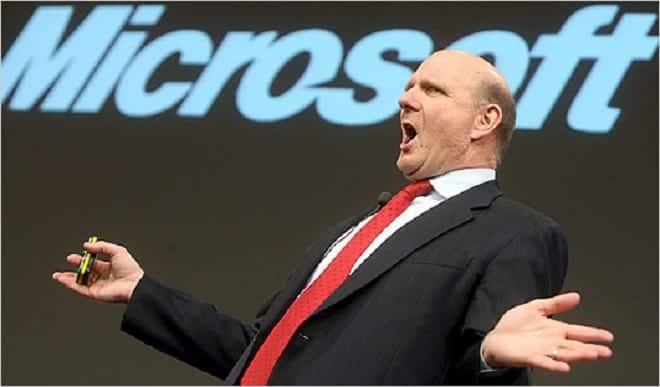 Microsoft may or may not make the Windows Phone into a force to be reckoned with in the mobile space. Certainly Microsoft doesn’t have a significant market share just yet, but the Windows Phone has great potential to make gains, especially in the enterprise market that every manufacturer is scrambling for right now. Either way, Microsoft’s balanced approach to it’s patent portfolio has shown the rest of the tech world how to win a patent war: don’t fight one in the first place.