Last week the US Senate passed the Marketplace Fairness Act, more commonly known as the “internet tax.” The bill allows states to require online retailers to charge sales tax on any item sold to someone living in that state. Technically states are already charging sales tax on products  sold to their residents, but the burden of paying that money to the state is on the individual… so obviously that money just doesn’t get to the state government the vast majority of the time. This bill will allow each state to force companies selling products to their residents to collect sales tax from the customer at the time of the sale in the same way that brick-and-mortar stores have always done. Approximately $11 billion annually goes uncollected  in sales tax due to online sales.

This bill has already passed the Democratic-controlled senate with bipartisan support (69-27), but there is a good chance the Marketplace Fairness Act will face more opposition from the House, which has a slim Republican majority. Is this law an attempt to establish more government control of cyberspace? Is this the first step towards more government oversight of the internet in general? Is this really just a massive tax increase that will slow the economy and hurt online retailers? Before we all panic and start advocating anarchy, we need to understand why this bill was created in the first place.

The key to why congress is making this move now is in the name of the bill: The Marketplace Fairness Act. Congress sees this as levelling the playing field between physical retailers and online stores. It is true that, especially in the early days of the internet, the lure of tax-free purchases are what initially drew people to online retailers. But what Congress fails to understand is that we don’t shop online because we want to avoid sales tax, most of us shop online because it is convenient, prices are lower, and we are sick of wandering through Wal-Mart and Best Buy searching for a product that it turns out they either don’t carry or is out of stock. Lines at registers are long and frustrating, retail sales associates are indifferent at best, and obstructive or rude at worst. Bringing sales taxes to the internet might slow the death of physical retail, but it won’t stop it. Shopping online is better for the consumer in most cases, and that isn’t going to change. 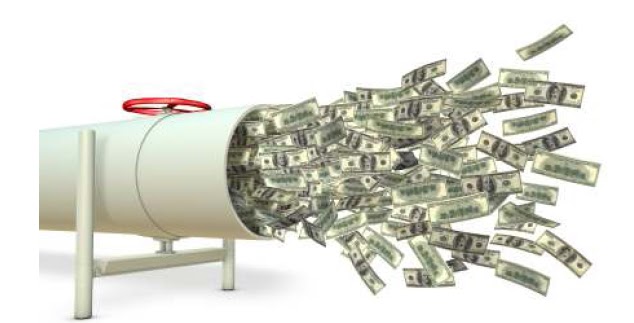 There is another side to this argument that cannot be ignored: the practical side. Due, in part, to the recession, most state governments are swimming in debt and running at huge deficits right now. Many states have underfunded pension funds, crumbling infrastructure, and public school systems that are in desperate need of more resources. $11 billion spread out over 50 states won’t fix any of these problems, but it might help. The reality of our current situation here in the US, and for most governments around the world is that the current systems of revenue collection and government spending were built around thriving, vibrant economies that don’t exist anymore. Raising revenue isn’t a long term solution, but it will help ease the pain of transition as state and federal agencies hopefully learn to do more with less.

The real problem with this bill isn’t that it will hurt massive online retailers like Amazon. (Amazon supports this law) The issue is that paying out sales taxes, and knowing what and how much to collect from customers living in each state will be very expensive for smaller online stores. Like most government regulation this new policy won’t hurt a company like Amazon, it will hurt the small company out there that is trying to be the next Amazon. Large, profitable companies can weather almost any storm, but startups cannot. This new law will make it very difficult for online retail start-ups to offer competitive prices while maintaining reasonable margins. The current version of the bill does require each state to provide online sellers with software to calculate and track the sales tax for that state, but that provision may end up doing more harm than good. Each online retailer will now have 50 different pieces of software to learn to use that were developed by the lowest bidder. States will need to support that software and compatibility between this tax software and the various shopping cart and accounting services will almost certainly be an issue. It may be that some talented developers out there will step up to create a solution to this problem, but it will be tough for a venture in this space to be profitable while it competes with free software created by state revenue services

Is any of this really surprising though? Every new innovation is eventually taxed. Collecting taxes is one of the few things that every government seems to do efficiently and thoroughly. Many see the internet is today’s equivalent of the old west. The American frontier started out as lawless territories, which were later carved up into states. Later the free range was fenced off and the great cattle drives were replaced with box cars attached to trains. The dusty trail was paved and horses were made obsolete by the internal combustion engine. Progress leads to meddling from those who want to take advantage of  successful pioneers; maybe that is just the way the world works. Don’t worry, as long as progress and innovation can move faster than the burden of regulation and taxation, the future will continue to be bright.