It is no secret that the Nexus 7 pushed the Android tablet market in a whole new direction. Back in a more savage time when Apple had a stranglehold on the tablet market and Android was struggling to compete, the Nexus 7 rode in on a white horse to save the day. Don’t get me wrong, there were plenty of great Android tablets before the Nexus 7, in fact Asus had made several of them. I was/am a huge fan of the Transformer line from Asus, and Samsung has had success with its Note and Tab lines. But while devices like the Transformer Prime were more powerful, more useful and better equipped than the iPad they were fighting on Apple’s home turf. The Nexus 7 represented a tectonic shift in the direction of the Android tablet market. Google saw a segment of the market that was largely devoid of truly spectacular devices and brought something special to consumers.

Yes, the Nexus 7 is cheap. At $200 it is spectacularly priced. Suddenly there was a high-quality tablet that could easily be purchased without throwing down over five hundred bucks. Purchasing a Nexus 7 isn’t a big decision, it’s a fantastic device that feels great in the hand, so go grab one. No need for the number crunching and hand wringing that goes along with committing six hundred of your hard-earned dollars to a device that you don’t technically “need.” But there is more to the Nexus 7 than just a competitive price.

The Nexus 7 also has the distinct advantage of being well, a Nexus. Google has made amazing advancements in the functionality and experience of using Android over the last two years. Sadly many Android users have missed out on this progress because their particular manufacturer has neglected the firmware updates that those consumers deserve. With the Nexus 7 that will never be an issue because updates to Android come directly from Google as soon as they are released. 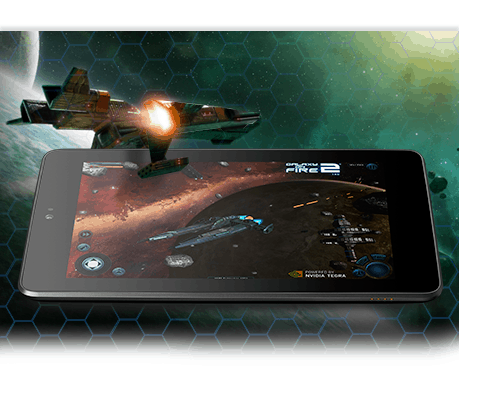 We can’t forget about the hardware. The Nexus 7 has a brilliant screen, fantastic battery life, a Tegra 3 processor with a 12 core GPU. Are the graphics console quality? Not quite, but playing a game like DeadZone is a smooth, engrossing experience .

The Android devices that I use every day are my Verizon Galaxy Nexus (unlocked bootloader and rooted of course, Verizon’s delayed updates are a travesty) and my Nexus 7. I love my Galaxy Nexus but if I’m totally honest it had a slightly cheap feel in the hand and it took me awhile to find a ROM that worked well for me. The Galaxy Nexus is great, but it wasn’t love at first sight. The Nexus 7 was a totally different experience. The tablet is compact enough to fit in a jacket pocket yet the screen is big enough to easily watch a movie on a plane. The device is comfortable in your hand and easy to hold. The Nexus 7 had me at hello.

Needless to say I’m excited to see what Google has in store for all of us at Google I/O next week. We are almost certainly going to see a new version of the Nexus 7 and I can’t wait to see what Google has managed to pack into a device that will presumably start at $200. I know there are at least a few Nexus 7 owners reading this, and I’m guessing you guys love the device just as much as I do. What are you hoping to see in the next Nexus 7?