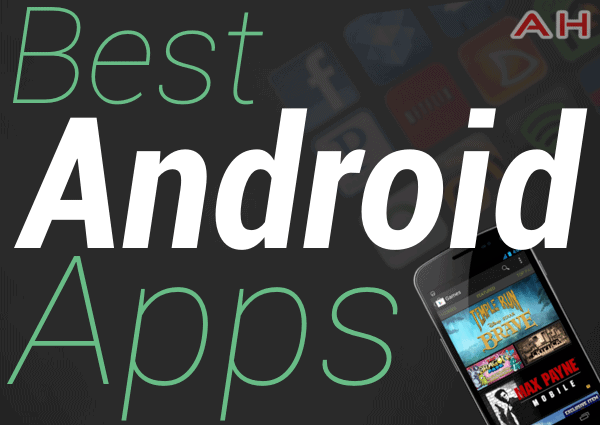 Everyday here at Android Headlines we hear about new apps hitting the Play Store and old ones are being updated to be better than ever. So that's where this feature comes in. AH Best Apps Weekly brings you around 5 apps that might be new, they might be old, but they are great apps that you probably haven't heard of before. We try to keep the list diverse with apps from different categories and even throwing in a game or two. If you know of an app we should be including in our weekly lists, feel free to leave a comment down below.

Looking to spruce up your phone a bit? Why not try an icon pack? Typically I don't like icon packs because I'll always have an app that looks out of place because it's not themed. But Stark makes all of them look great. They also have over 900 icons that are themed. It works with Apex, ADW, Go Launcher EX, Nova and Holo launchers. It does cost $1.79, but it's well worth it as it's updated every other week and you can make requests for more icons.

EasilyDo is a great new app, which came out earlier this week actually. It gives you the right information and gets things done. It's like Google Now, but on steroids. Similar to Google Now the information automatically appears when you need it. So you won't have to dig through the hundreds of apps installed on your phone or tablet.

Want some quick settings on your phone or tablet? Well here's a great alternative. Instead of flashing a ROM to get them, you can just install AntTek Quick Settings Pro. It's super customizable and brings the Jelly Bean (Android 4.2) quick settings to every Android device running Eclair (Android 2.1) or higher.

Many of you probably have heard of Fitbit and the Jawbone Up (which I'm in the process of reviewing right now). Fitbit allows you to get active, eat better, manage your weight, sleep better and overall just get healthy. As it can track your activities like walking, running, working out, etc. You do have to but one of Fitbit's accessories to use the app though.