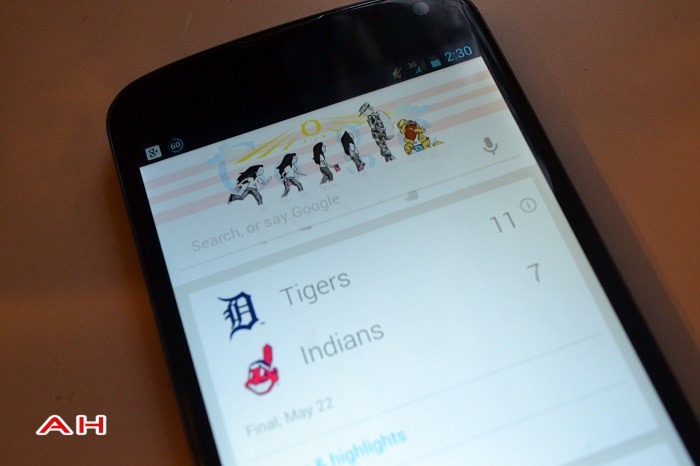 How many of you love Google Now? That's probably most of you, or most of you that are running Android 4.1 or higher. The interface on Google Now has certainly made Android look a whole lot better. We've seen countless apps follow in Google Now's footsteps. Most recently those include the Play Store and Google Play Music. As someone who's working on a degree in Web Design, I'm pretty critical about the interface of apps I do use. I prefer to use Holo-themed apps over anything else. Even if they are missing features.

Google Now recently won the 2013 UX Awards grand prize of Best Everyday Utility. Now I don't know how many of you use Google Now everyday, but I know I certainly do. Even if it's just to check the weather. With the addition of the widget, it's definitely and app I use constantly. And it looks great. The UX Awards are described as "A celebration of great digital UX created by outstanding professionals", which is some pretty high praise for the team behind Google Now. And they certainly deserve it as they've worked hard on this project.

Additionally, making Google Now available on iOS has also helped Google push their services to more people. Which is what they want in the long run. So join us in congratulating the Google Now team on a job well done. And we certainly can't wait to see what else the team has in store for Google Now. It already performs beautifully and near flawless. Google Now has been out for a little less than a year. It was introduced at Google I/O last year, which was actually in mid-June instead of May. And it's certainly making waves across mobile. It's even making it's way into desktops now.

How many of you use Google Now daily? Do you think it's worthy of the 2013 UX Awards Best Everyday Utility App? Let us know in the comments down below.