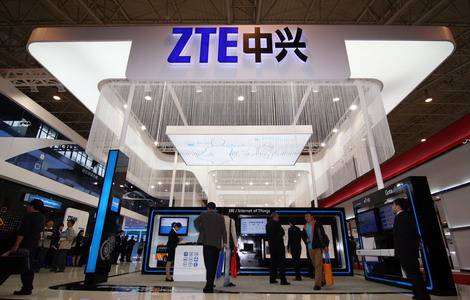 Go figure, it's the 15th anniversary of ZTE's terminals division. During the celebration ZTE announced that they're the first Chinese manufacturer to produce more than 500 million handsets. While we usually don't care so much about the Chinese market here at Android Headlines, this is still pretty significant news.

ZTE plans to improve upon their success in the mobile device industry, and also promote its brand internationally. Their new focus will be high-end devices, a pattern that rival Huawei recently adopted too. In addition, they're going to work on releasing their handsets in more markets.

The Chairman of ZTE, Hou Weigui has promised that he is going to work hard and invest as many resources as possible to ensure the company succeeds with its newfound goals.

"ZTE's technology stands shoulder-to-shoulder with the world's leading companies, but the value of our brand is still under-appreciated."

Under-appreciated is certainly true, but ZTE is not the only manufacturer to handle such obstacles. There are many manufacturers out there struggling to reinvent their brand.

Even though, higher end devices have a greater overall value, it seems that's what consumers are craving right now. High end devices are popular, like the Galaxy S4, Galaxy Note, HTC One and more. This idea to rebrand ZTE as a boutique dealer is a good one. HTC, for example, has done real well with the rebranding of their product line, thanks to the HTC One.

There's no telling how ZTE will conduct their new focus. It's possible that we'll see gorgeous devices like the HTC One from them, but again it depends on their common focus. Let's hope they don't promise higher end devices and come out with something that doesn't quite meet expectations.

How do you feel about ZTE making a global push? Would you be willing to own a ZTE branded device if they did a good job building some high-end hardware? Or will you shy away from ZTE simply because of the name, and move on to greener pastures?