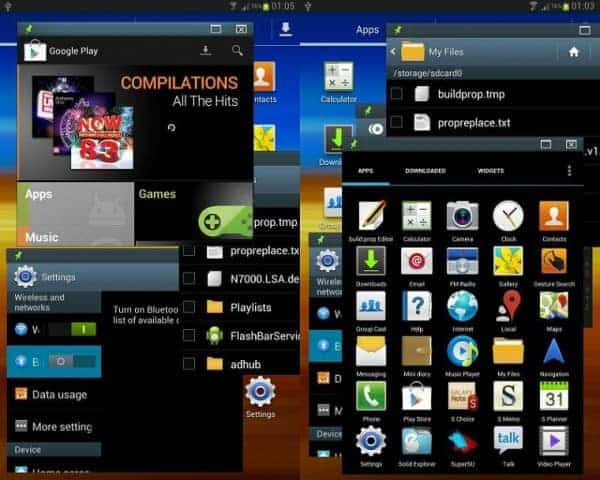 With Android 5.0 (or whatever the next version of Android will be called) approaching its launch at the next Google I/O about 4 weeks from now, we have to wonder if Android will finally get some kind of "multi-window", which I believe is needed especially for 10" or larger screen devices with Android.

Samsung and others have tried to bring multi-window support to Android, but until it's done by Google, it won't be adopted in a very meaningful way. It needs to be built in stock Android, and then let all the other manufacturers use it.

Samsung has tried doing this in 2 ways. One is called the Dual-View, which I believe is close to perfection in how to do it, and the "multi-window" mode, which you can also see in the featured image above, and I think it's awful and extremely chaotic and very bad from a user experience point of view. Android certainly doesn't need to become more chaotic/confusing. That kind of multi-window support makes even less sense on smartphones, even on 5" ones. 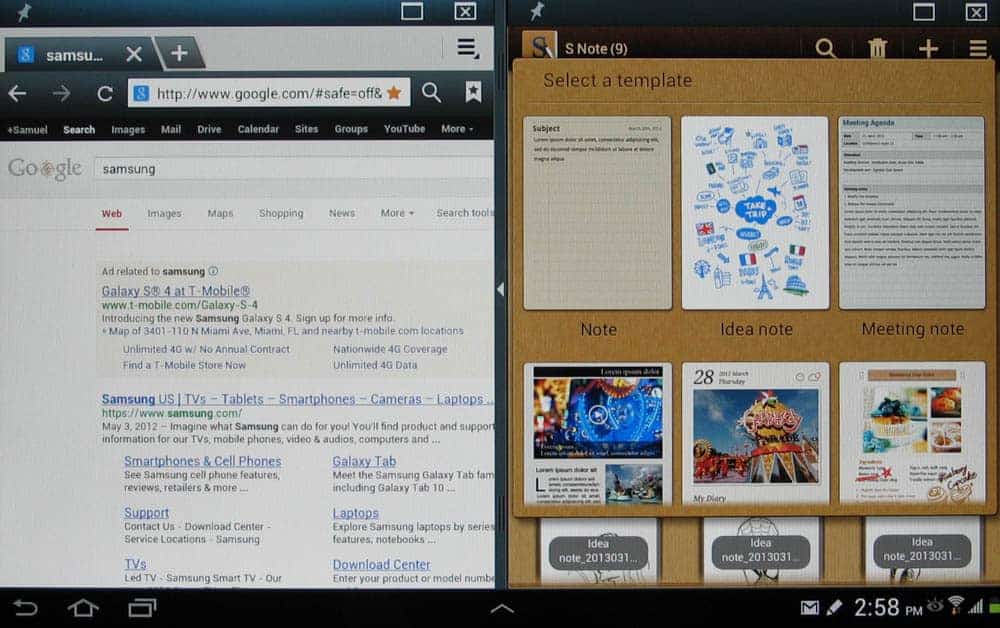 The Dual-View mode, however, is basically a split screen between two applications (only), and the best part about it, you can scale one app from one side to the other, as much as you want, while contracting the other app. I assume most apps would be used side by side with equal real estate, but for some apps, like say a messenger, you only need one sidebar, and give the other app you're using 80% of the space.

This could work even better in Android than in any other operating system, because apps are already highly scalable. Plus, at least until Android gets a lot more tablet optimized apps, it would be a great fix for most apps in the Play Store to look good on a 10" tablet, because when you put 2 apps side by side on a 10" tablet, they look like they would look in portrait mode on a 6"-7" tablet, where people already think the "phone" look of the app is okay.

Such advanced multi-tasking would also help making Android a more productive operating system on devices that are 10" or larger. We might see manufacturers try their luck with Android notebooks in the future, of 12" or more, so Android needs to make sense on those screen sizes, and not make one single app waste all the space. So there are plenty of reasons for which Google needs to implement this in Android, and they need to do it now, considering Windows 8 and Ubuntu Touch already sort of have it, too.