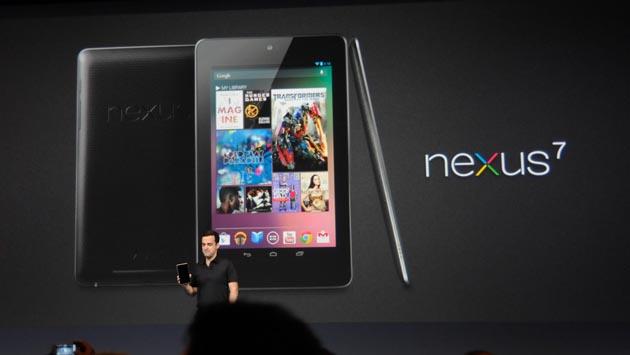 With Google I/O still more than a month away, we are starting to get some pretty solid information about the next iteration of the highly successful Nexus 7 tablet. According to a recent Reuters Report we can expect the successor to the Nexus 7 to go on sale in July. We also know that Google has decide to go with a Qualcomm Snapdragon processor in lieu of the latest and greatest Tegra chip.  There are a lot of possible reasons for Google to have made this decision, and until we know more about the Snapdragon processor, all we can really do is speculate. It is possible that price was a factor, but it is more likely that Google simply thinks that Qualcomm makes a superior chip, at least for the moment.

Reuters also reported that the next Nexus 7 will have a thinner bezel as well as a higher resolution screen than its predecessor. None of this is especially shocking. It would be great to see a full HD screen on a budget-friendly tablet this year, and I don't think that is unrealistic to expect. As far as a thinner bezel goes, there isn't much that needs to change about the design of the Nexus 7, and in some cases a thinner bezel can actually make a tablet more difficult to hold. But we all know that a sleeker design will sell a lot of tablets because people love to hold something that looks cool, even if it is slightly less functional than the alternative.

The great thing about Google and Asus making such a great product like the Nexus 7 is that they really don't need revolutionize its design. I have had my Nexus 7 for about two months, and it is the device I reach for the most often despite the fact that I have a ten inch tablet, a Galaxy Nexus (that I still love) and a laptop. As we hear more rumors about what we can expect from Google I/O 2013 we will continue to pass them along to you. Stay tuned.