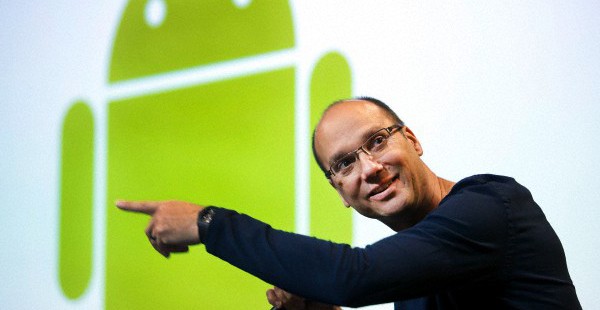 It has now been just over one month since Google announced that Andy Rubin would no longer be heading the Android division of which he was the co-creator. This news came as a shock to many of us in the Android community, and since the move Andy's future endeavors at Google have remained shrouded in mystery, as well have the reasons that the move took place. During the Q1 earnings call this week, Larry Page, Google's CEO, kept his cool and would not delve any further into the matter of Rubin's future with the company.

"We haven't decided what that is, and I'm not going to make news on that today,"

With that statement Page simply moved the conference call along and proceeded to answer other questions. This is really no surprise given the fact that we still know absolutely nothing about the reasoning behind Google's naming of Sundar Pichai as the new head of Android, nor have we heard of any leaks of the Rubin's potential future works at Google.

Many have speculated that Andy Rubin will be working on a new "moonshot", or innovative start-up, project at Google, and that could be one of the reasons that we have not and will most likely only be able to speculate on what the Android co-conspirator will be working on over the coming years. This is however, right up Andy Rubin's alley as he had been with Android through it's journey from start-up to what we all know it as today.

As Android, and as well, Rubin, continue to evolve and shape Google's future, time can only tell what is to come. Fortunately though, for all of us wonderers and Google watchers, Google i/O Developers Conference 2013 is just around the corner, and Android Headlines will be all up in the mix to bring you, our faithful readers, all of the juicy details on the future of the company as well as it's figure heads.

Now it is your turn to speculate. What do you think is going on inside Google, and with the future of Android's ex-leader? Will Andy Rubin's future projects run right along in tandem with Android, or even be integrated with his former fledgling company in some way, or do you believe that Google is going in a completely new direction with Rubin's talent? Let us know in the comments section below.