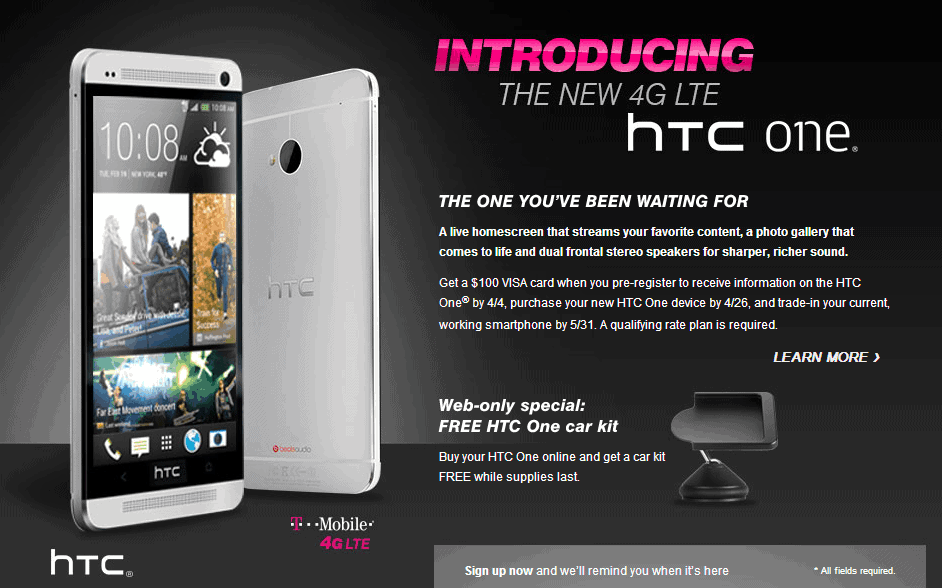 It was just earlier today that we first learned of the release date for the T-Mobile version of the HTC One, and we already are seeing the first shots of this model of the handset and its packaging hitting the net. TMO News has uncovered pictures of the device and the box that it will come in, and apparently the T-Mobile variant of the HTC One will look exactly like the international version that we have all been seeing since the launch event. This means that there is absolutely no T-Mobile branding on the phone itself, although the T-Mobile bloatware can be made out clearly on the device pictured.

This is great news for all of you that are planning on making the jump over to the Un-Carrier to get your hands on the HTC One. When you get your device you will be met with a bit of T-Mobile on the box and about five T-Mobile applications on the device, but other than that the T-Mobile HTC One will carry no other carrier branding. That is not to say that the phone will be free from any other bloatware, but as far as the official T-Mobile apps, there will be no more than five. 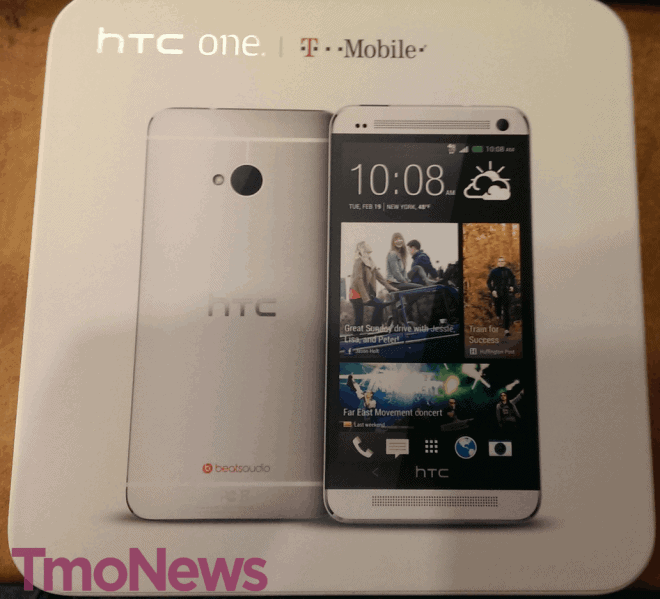 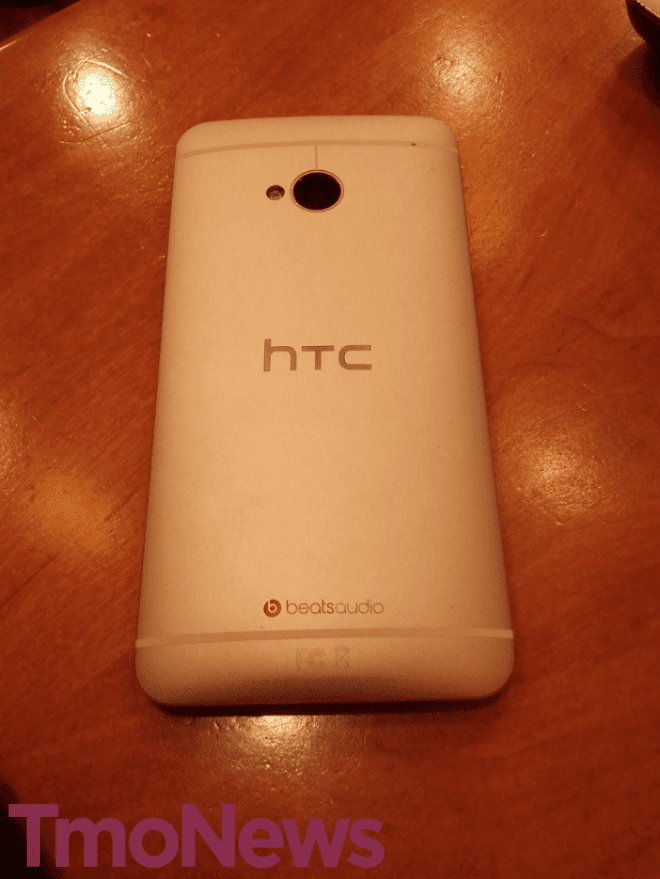 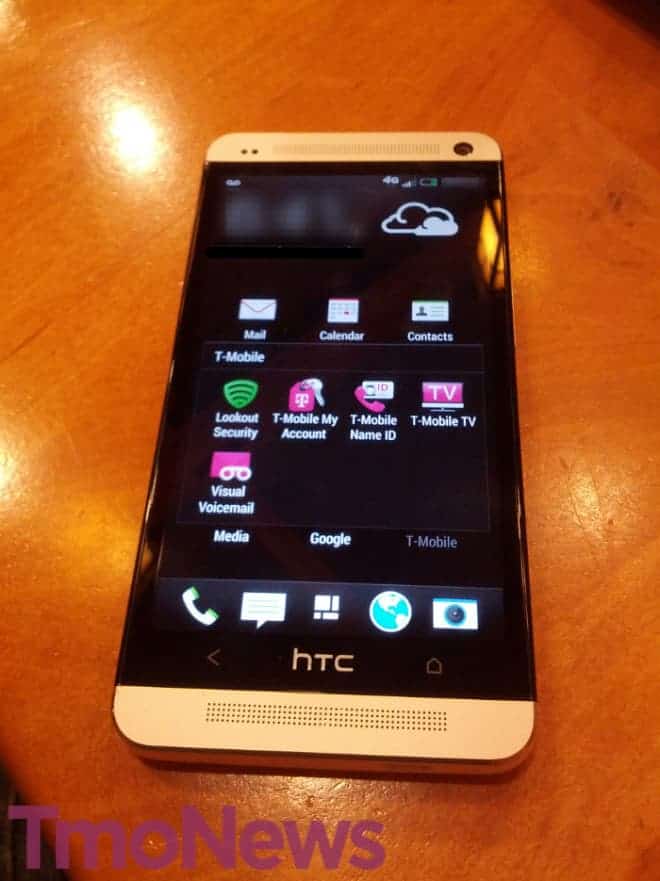 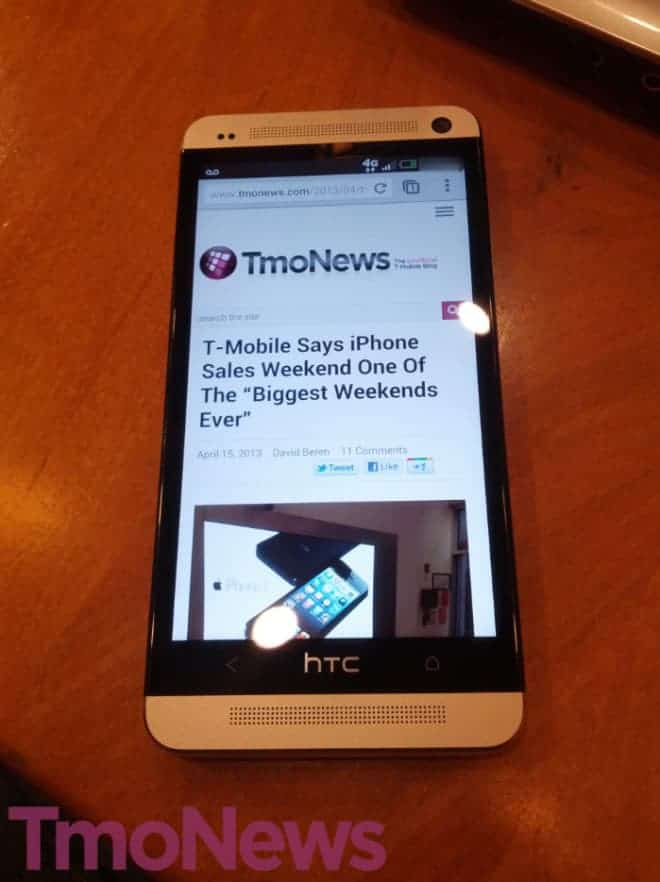 Those of you that are excited about the T-Mobile HTC One, and are already planning to pick it up will probably already know this, but for those of you that didn't know: Customers will be able to pick the device up at T-Mobile brick and mortar stores, as well as from T-Mobile online directly for a down payment of $99 with a $20 monthly payment tacked on to your bill every month. You will also have the option of picking up the handset from locations such as Best-Buy mobile for the subsidized price of $249. T-Mobile will only be carrying the 32GB version of the phone, as the 64GB version is an AT&T exclusive.

Does this make any of you more excited about picking up the HTC One on T-Mobile, or is carrier branding something that you could care less about now that you have a beautiful Verizon button affront your Note II? I kid, I kid. Either way, let us know what you think in the comments, be it about carrier branding or the T-Mobile HTC One, we want to know.