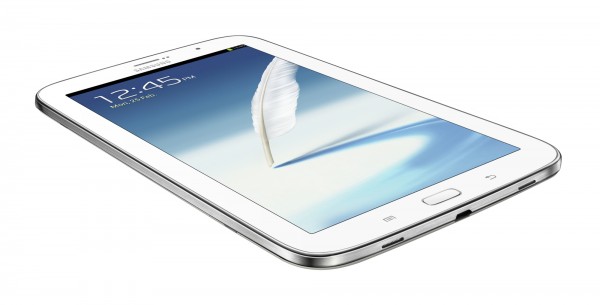 We all know that smartphones are getting larger and larger and that Samsung has been mostly to blame for this. When the original Galaxy Note launched, it was a laughably large device, but now look at us, most of us are using devices that are 4.7" with more people than ever adopting the large 5.5" Galaxy Note II. Unsurprisingly, there's word that Samsung is working on devices that are even large than the Note II, what is a little surprising however, is that they might not be launched under the Note banner, instead they could be launched under a new series for Samsung. Sammobile are reporting that two "Galaxy Mega" smartphones are in the works at Samsung, one weighing in at a massive 5.8" and the other coming in at an almost tablet size of 6.3", that's 0.7" away from being a Nexus 7!

The Galaxy Mega 5.8 comes with the model-number of GT-I9152 and the Galaxy Mega 6.3 comes with the model number of GT-I9200. Now, there's no word on specs inside of these devices but, it's a safe bet to assume that they'd launch these devices with 1080p displays, unless of course they're aiming this at budget-minded folks in which case they could go with a more pedestrian 720p resolution. The Galaxy Mega 5.8 will be available in white, while the Galaxy Mega 6.3 will be available in both white and black. Interestingly enough, Sammobile seem to have rough release dates for the pair of devices, with the 5.8-incher being released somewhere around Week 22 and the 6.3-incher around Week 25. Which works at anywhere from the end of May to the beginning of June, which seem like strange releases for Samsung but, there is a big window between the Galaxy S IV and Galaxy Note III launch.

It's strange to think of Samsung releasing devices like these but, it's clear that there's a market for larger smartphones, especially with resolutions now reaching a whopping 1920 x 1080, giving us even more ability to enjoy quality content from the device in our pocket. While there's nothing to confirm or deny this latest rumor, the prototype game pad that Samsung showed off alongside the Galaxy S IV will accommodate devices up to 6.3" in size.

What do you think? Would Samsung release such massive devices?