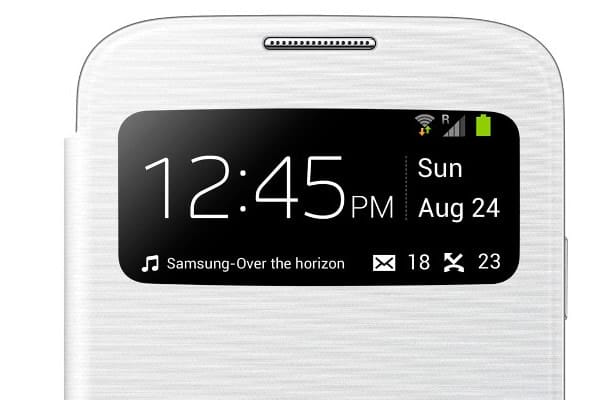 Samsung made a whole slew of announcements about the Samsung Galaxy S4 this morning. First they announced the fact that it will be available through seven U.S. carriers and yet another seven in April.

In addition, Samsung just announced the full lineup of accessories for the phone, some of which are quite compelling. The accessories range from flip covers all the way to Smart Docks and vehicle mounts.

One of the coolest accessories is the S View Flip Cover that will allow you to view vital information on just a small portion of the display. More specifically the phone will display time, missed calls, messages, battery status and more all via a small window on the phone. You won't even have to wake up the phone to view the information. It can be likened to the small front screen on traditional flip phones.

Of course, there's also the Samsung Smart Dock that will allow you to connect your Galaxy S4 directly to a monitor, keyboard and mouse essentially turning it into a miniature PC. I'm not sure how well it will work, but I've desired something like this for a while now. The option to carry around one device for everything is incredibly convenient.

The fact sheet from Samsung has been included below, check out all the accessories and let us know which ones you're going to pick up for your new S4. 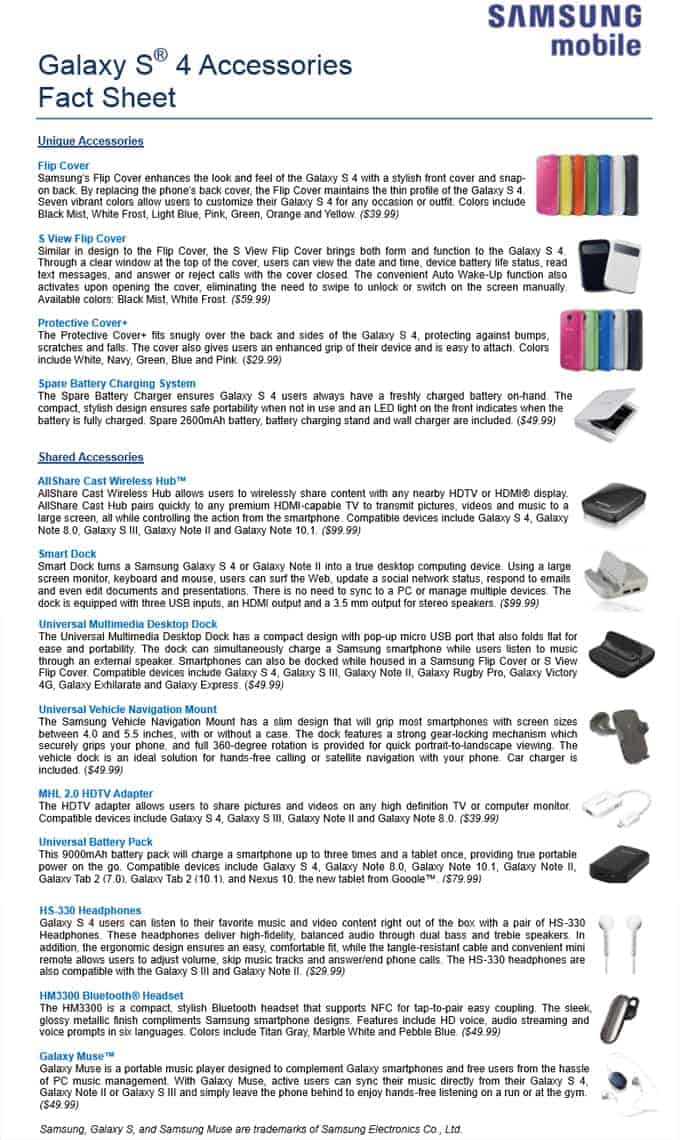