There’s no doubt that Samsung is one of the best known manufacturers of Android tablets, along with ASUS and Amazon with their Kindle Fire range. What started all of this for Samsung was the original Galaxy Tab, a 7-inch Android tablet that, at the time, ran a phone version of Android. It was a decent success for the company and there have been more versions of the tablet over the years. Last year we saw the Galaxy Tab 2, which was a decent tablet offering from Samsung that didn’t break the bank. Now they’re back with the Galaxy Tab 3, another 7-inch tablet with specs that look decidedly mid-range.

First off, let’s take a look at the specs for the Galaxy Tab 3: 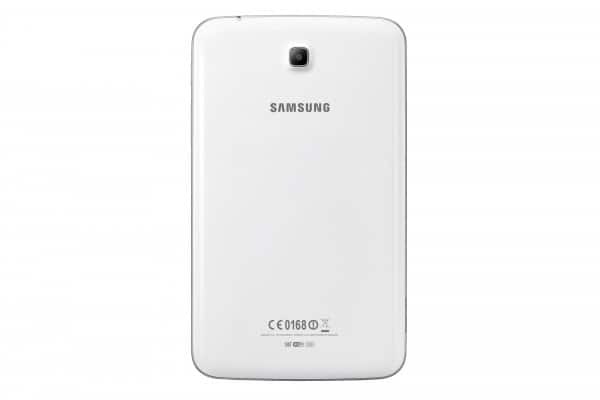 As you can see from the above specs, there’s nothing to particularly write home about when it comes to the Galaxy Tab 3 but, we don’t yet know how much Samsung are going to be charging for this latest Galaxy Tab. Pricing is going to be the real killer for Samsung here, with the Nexus 7 still retailing with arguably much better specs than this for pretty much rock-bottom. Not only that but, in the past year, it’s been proven that low-cost tablets work far better than premium tablets, especially when talking about 7-inch tablets.

Samsung have added some extra value in here though, even if they’ve kept a pretty mediocre screen resolution. There’s a camera round back and there’s the ability to plug a microSD card in here but, without an HD screen, I can’t quite imagine what you’ll be filling up those cards with. Those that are without access to Google Music however, will certainly find the ability to store thousands of songs appealing though.

Overall, the Galaxy Tab 3 does not look like a stunning tablet but, for those looking for a decent offering that will continue to be updated for some time to come, Samsung might have the tablet for you. Take a look at some more photos in the galley below: