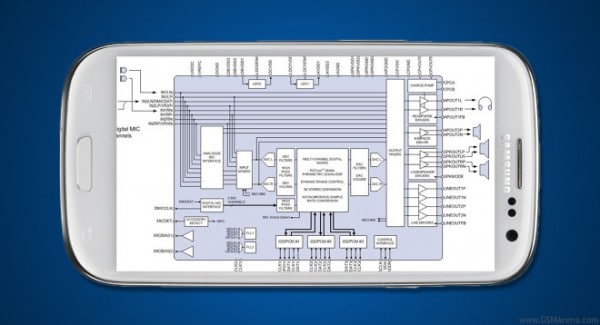 No matter how strong a company is, they can't possibly hope to do everything themselves. While Samsung manufacture a lot of what goes into their smartphones and tablets, they need to look elsewhere for certain aspects of their devices. Apple, for instance, make very little themselves and rely on pretty much everyone else to do their work. Samsung have relied on the Scottish firm, Wolfson, to take care of audio in their Galaxy devices before and today, the two of them announce a multi-year contract to make Wolfson the primary audio partner for the Galaxy line of products.

Samsung have used Wolfson before, in the Galaxy S III, the Note II and the Note 10.1, so the two of them are no strangers to working together on high-profile products. This isn't going to be a Beats Audio type of thing here. Beats is more about branding than anything else, you've got to peddle those expensive headphones somehow. Wolfson deal with some pretty high-end audio so, to see Samsung making things more official is nice. Wolfson Audio is present in the Galaxy S IV that comes with the Exynos 5 Octa.

The deal is also a sharing of IP between the two companies as well as a Component Supply Agreement which should bring quite a bit of business Wolfson's way from here on. There's nothing to suggest that you'll see Wolfson branding on Galaxy devices going forward but, decent quality audio is assured.

These sort of partnerships are essential for companies like Samsung and we'd rather have them sign an agreement with Wolfson than Beats audio, right? Take a look at the full press release below.

Wolfson Microelectronics plc, a global leader in the design and development of mixed-signal semiconductor audio solutions for the consumer electronics market, and Samsung Electronics Co., Ltd, a global leader in digital media and digital convergence technologies, have today agreed a multi-year IP License and a Component Supply Agreement which establishes Wolfson as a primary Samsung audio partner. As a result of this agreement, Wolfson expects to be a major audio component supplier for Samsung's GALAXY range of smartphones and tablets including the GALAXY S4 in 2013.

This announcement builds on Wolfson and Samsung's existing relationship, where Wolfson has provided outstanding audio performance for Samsung devices including its best-selling GALAXY S III, as well as its GALAXY Note II and GALAXY Note 10.1.

Mike Hickey, CEO of Wolfson, said: "This is a significant milestone for Wolfson, and we are delighted to be making this announcement. Having worked closely with Samsung over recent years on their GALAXY range of tablets and smartphones, this agreement is a testament to our strong IP portfolio and our growing partnership, and we very much look forward to working closely together to continue to deliver exceptional audio in Samsung's smartphones and tablets."