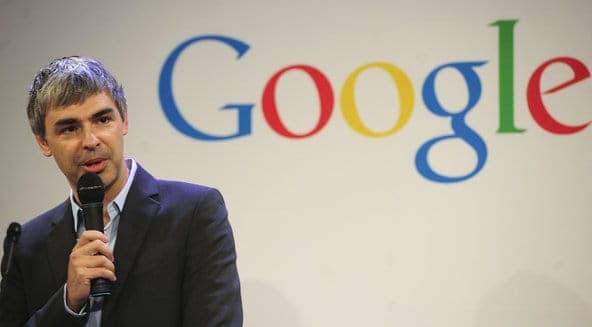 In today’s first quarter 2013 earnings call, Larry Page seemed somewhat laid back, but Google’s investors are certainly enthusiastic about the search giant’s 31% increase in sales so far this year. Larry also had several things to say about technologies that Google is just starting to develop, like Glass as well as more established services like Google Now.

In regards to Google Glass many people have expressed outrage, or in some cases dismay over the $1500 price tag attached to the explorer edition of Glass that recently started shipping to developers. Page had this to say: “The price tag was set for developers for early test. We don’t have news to announce there. I’m not sure I would call it a luxury price, but it’s a pretty high price. I like what we are doing with Glass. I find the photo-taking, video, phone calling, quick messaging, directions is a pretty amazing experience.” Personally, I would call it a luxury price, but the point remains the same. These units were meant to be sold to developers who are making an investment in developing for a new ecosystem. Obviously it is much too early to know what the price will be of the first widely-available model of the wearable technology but I think it is safe to assume it will be considerably less that $1500.

Google Now also came into the conversation today. It is probably one of the most powerful, yet under-appreciated features in Android right now. Some of us have days where half of our interaction with our smart phones is through Google Now. Page seems to get that Google Now is a big part of the future of Android: “I’m also excited about our Voice Search momentum. Looking for the nearest pharmacy? Just ask Google for directions, and we will deliver them instantly. No typing needed. You can now have conversational questions, like ‘do I need a jacket this weekend?’ Voice commands are going to be increasingly important. It’s much less hassle to talk than type. This quarter, we launched Chrome Web speech APIs, so developers can now easily add voice recognition into their Web apps,”

All seems to be well in the land of Googlers for right now. The future is bright and yet uncertain. I can’t wait to see what will come next for Android and the ecosystem that surrounds it, and no doubt Google Glass and Google Now will be a big part of that picture.