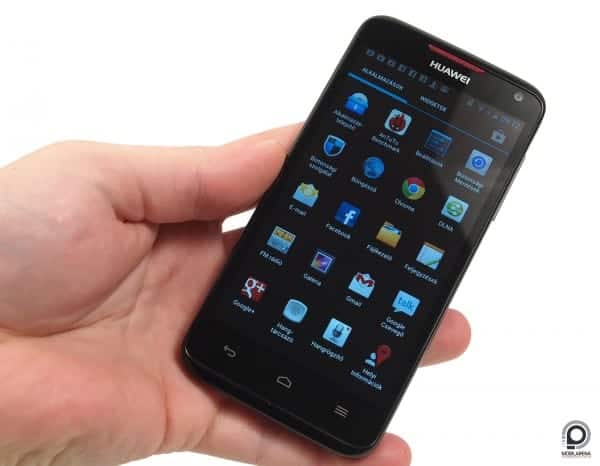 Huawei's goals in the smartphone industry are nothing if not impressive. For the past two years they've been very aggressive in raising the quality of their products, from the low-end and cheap feeling products they used to have in the past. Now they see Samsung as their main competitor, and they want to make just as good if not better devices than them, while hoping for a more "modest" top 3 position in the smartphone market.

Huawei has actually already achieved that goal in the last quarter of last year, managing to push down Sony from the 3rd position to the 4th, while taking the 3rd spot themselves, after Samsung and Apple. Huawei had revenues of $7.5 billion last year, and expects to get $9 billion this year, and eventually $20-$30 billion a year, with $3-$4 billion in profit, within 3-5 years.

Huawei wants to be not just a top 3 producer of smartphones, but also a top tier manufacturer in regards to making quality devices, and compete directly with Samsung, HTC, Apple, Sony and others at the high-end. For this reason, all of those companies should fear Huawei.

HTC is the most vulnerable of them, because of their diminishing revenues and profits, which is why I could actually see Huawei buying them out, if HTC can't turn the company around. That would give them instant access to not just high-quality devices (probably the highest quality in the Android ecosystem right now), but also to one of the top two brands in the Android market. They would, however, have to deal with the US government and the spying accusations, if they want to keep selling Huawei branded HTC devices in US, otherwise they'd lose a pretty large market right off the bat.

Huawei also needs to battle Sony for 3rd place, as Sony has become a lot more serious about the smartphone market, and unlike Huawei, they actually have a top tier brand, even if the sales don't reflect it right now (they are in 4th place).  But if Huawei is very serious about improving the quality of their devices to the point where they can beat even some of the bigger brands, and also improve their branding (make core Android fans love  them), then they have a high chance of achieving and maintaining their goal.