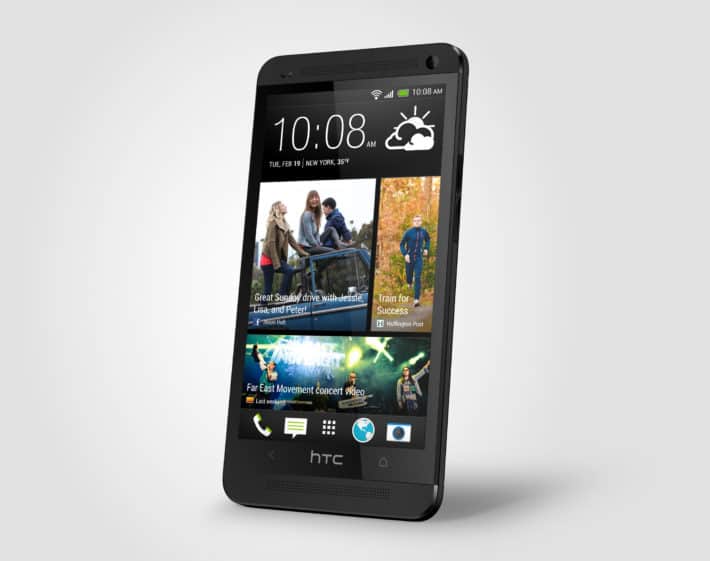 So we already know that the HTC One is launching at Sprint and AT&T this Friday. Now it looks like the HTC One will be launching at T-Mobile on April 24th, which is next week. Of course, this is all from leaked screenshots that Tmonews got a hold of. This isn't official, but it's generally right on target as far as being truthful. This new planogram for T-Mobile says that the phone will be launching "in stores that are carrying the HTC One." So we are taking that as meaning some stores won't have the HTC One, or at least at launch. Which is how the Galaxy S3 and Nexus 4 launched last year on T-Mobile. 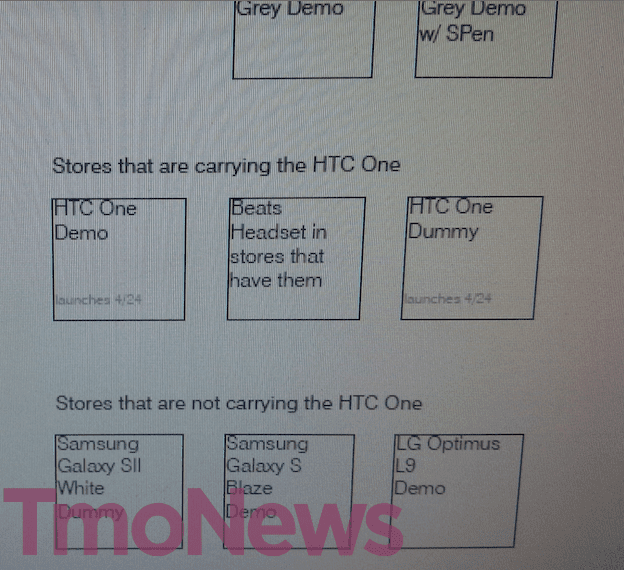 But at least we now have a date. It's better than what we've heard, which was a mid-May date because of back orders and supply problems. Hopefully we'll see an official date coming from T-Mobile soon. We'll be sure to keep you posted when it does officially launch in T-Mobile stores. Of course, T-Mobile will only have the 32GB version of the HTC One, since we all know that AT&T has an exclusive on the 64GB version, unfortunately. 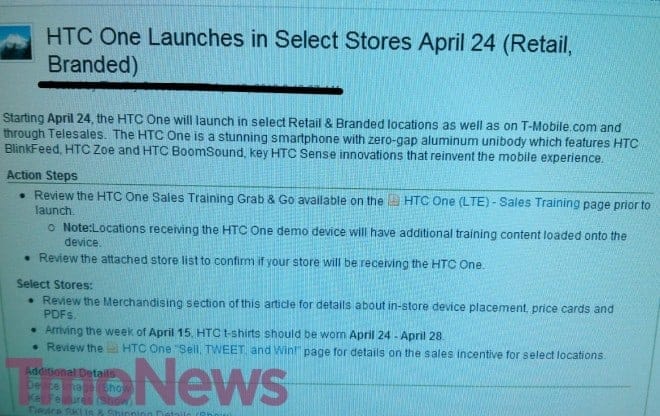 We've already been hearing that this weekend, T-Mobile sold a ton of iPhones as that launched on Friday. Now they've got the HTC One and Galaxy S4 coming up in the next month or two. So T-Mobile should see some good sales figures when they release their Q2 earnings in June. I know I'll be looking forward to seeing those numbers. We've also heard that customers are loving T-Mobile's new plans. Hopefully this will help them bring in more profits and speed up LTE rollout a bit quicker. We all want some LTE right?

How many of you are planning on picking up the HTC One from T-Mobile when it releases? Let us know in the comments below.