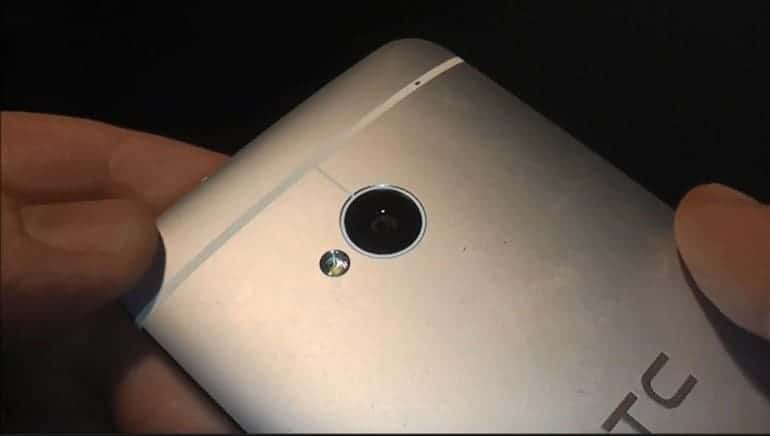 HTC has had more than its fair share of struggles throughout its existence, but one thing it has got right more times than not is camera technology. Most every HTC device has featured an above average camera, even if they don't have the highest resolution. The software and imaging technology are usually able to make up for the lack of megapixels, but with the HTC One, the company took an entirely different approach. The flagship features a 4MP camera, but its not the same as other devices. It uses HTC's new Ultrapixel sensor, which the company claims is able to compete with even dedicated cameras.

Symon Whitehorn use to be a Kodak executive, but is now the head of HTC smartphone imaging. Whitehorn recently sat down with ComputerWorld to do an in-depth interview on HTC's ultrapixel sensor. When asked what made HTC make the change to ultrapixel technology, Whitehorn said that he doesn't see it as a drastic evolution. "We think of it as a forward-looking step. It's allowed us to do a lot more things with the camera than we'd otherwise have been able to do — the first one being the low-light performance, which really is quite special," he said. "You get this absolutely natural tone. The camera takes pictures the way you see them, the way you see your moments." Instead of focusing on mostly useless megapixel counts, HTC decided to give consumers the best image possible. "For 99 percent of what people do with their images, they actually don't need the high megapixel count. We'd rather give them the sort of performance that is real-world usable."

Whitehorn explained that HTC chose to use 4MP because it was the perfect balance that fit into the sensor and allowed for good low-light performance, and created a usable file size. Having a manageable file size allows for the company to do cool things Zoe, the new feature that allows you to create a 3-second video and take a series of images at once. "That also gives us a super manageable file size, which lets us do lots of cool things with Zoe," he explained. "We couldn't do the dual-path encoding we're doing now, shooting video and stills at the same time, with a very large file size. If it was a 14 megapixel sensor, you'd end up just choking the whole system."

The HTC One didn't receive high-praise for its camera when the initial reviews launched, but Whitehorn says it's important to note that those reviews were done with preproduction units. "I'd highlight that those were preproduction units. We had an automatic ISO issue that's been resolved and fixed pre-production launch. … All those issues shouldn't be there [in final consumer versions of the phone]."

Finally, Whitehorn said that images taken on the One should look fine on a computer, but that all images has a "fail point." "It will look fine. Any digital image ultimately has a fail point … but with most of the things you're doing with imaging, you're not going to see any visual difference — even printing. We can print a 10×8 with no visible loss whatsoever."

The HTC One will finally launch April 19th on AT&T and Sprint, after a few weeks of delays. T-Mobile says it will also carry the device for $99, but has yet to announce an official release date. Do you plan on picking up an HTC One? Let us know down in the comments!