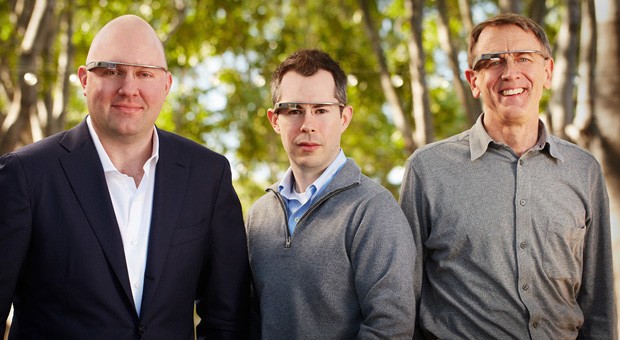 In case you were thinking that perhaps Google Glass is just a publicity stunt, and that Google doesn't really expect Glass to go anywhere. Think again. Google is took its commitment to the Google Glass ecosystem to the next level today when it announced a partnership with two of the worlds largest and most successful tech venture capital firms: Andreessen Horowitz and Kleiner Perkins. They are calling it the Glass Collective and besides sounding vaguely like some fan-fiction iteration of the Borg it represents billions of dollars in potential investment into start-ups and developers looking to take advantage of the Google Glass ecosystem.

The point of this move is for Google and its partners to get a leg up on any other investment firm that wants to create a corner in the market for entrepreneurs to bring ideas to market that use the Google Glass API. Although forming this partnership doesn't technically mean that any one of the three firms will invest in any given project, it does mean that they could share in the risk and reward in any project that they do decide to back. Since any entrepreneur looking to fund a Google Glass start-up would have a direct line to the creator of Glass once they formed a partnership with the Glass Collective, it will defiantly be difficult for any other venture capitalist to steal away a significant investment opportunity. 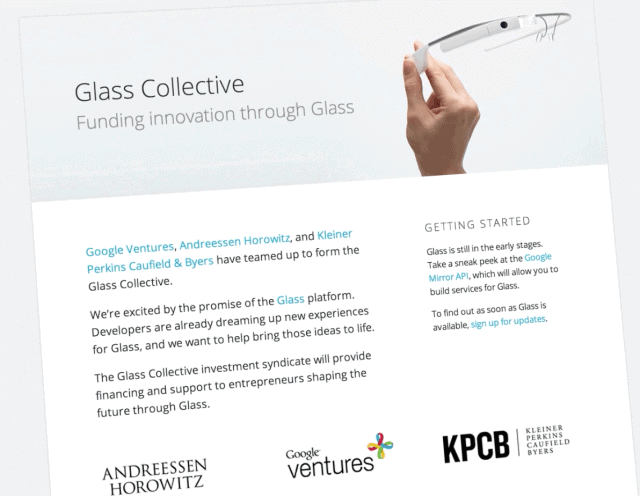 This move confirms what has become more and more apparent over the last year. Google thinks that Glass is the future. Glass certainly does represent a whole new way of interacting with technology. And it will be the first time society has decided it is OK to wear technology since the invention of headphones. Glass users have already admitted that the device takes some getting used to since we aren't accustomed to notifications popping up in our field of vision. Undoubtedly there will be some people who will never want to use Glass, because refocusing their eyes constantly gives them headaches or even because they just don't like how it looks.

Before talented entrepreneurs start rushing to develop innovative applications for this new technology, the ecosystem will have to be proven to be lucrative. Developing for Glass won't be lucrative until the public at large uses the device and decides that it really is as awesome as we have been told it is. Doubt and controversy may swirl around Google Glass at the moment, but that doesn't mean that most of us aren't excited to get our hands on a pair as soon as possible, and maybe that tells us all we need to know for now.