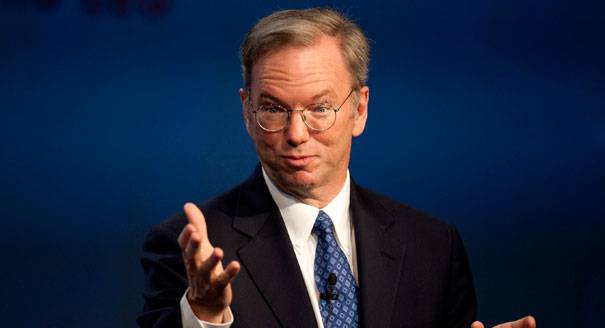 Google's Eric Schmidt is talking at the Dive into Mobile tech conference and we're sure that he's had a lot of great things to talk about and, of course, one of those things is more info on just how many Android devices continue to be activated on a daily basis. We've seen a steady growth in that figure recently, and Schmidt was more than happy to announce that Google are now seeing 1.5 Million Android devices activated every day. That's a lot of Android devices and the fact that the number is apparently still growing is impressive in itself.

That 1.5 Million figure is up from last month's 1.4 Million and the 1.3 Million figure from last fall. Not only that but, Schmidt says that the company is on track to have 1 Billion total device out there in the world, such a figure would be a big increase from the 750 Million Android devices that Google's CEO, Larry page, detailed last month.

Schmidt also spoke about what might help further spur on growth, and it seems that pricing is again at the forefront of Google's mind here. Eric says that the $100 price point is to be key and something that Google will be quickly hitting. Whether or not that means that this year you'll be able to buy a Nexus 7 type of tablet for $100 isn't clear but, they made a bold statement with the $199 tablet last year and doing the same again this year would seem a smart strategy.

We all know that pricing is important, with the subsidy model of the US Wireless Industry losing favor recently and Google themselves looking to step aside from all that by selling their devices directly in the Play Store. The Nexus 4 is a great device and it's sold at – or very close to – cost which gives Google an edge over HTC, Samsung and the rest. The question is this though, will Google's desire to push the price down also push down quality?