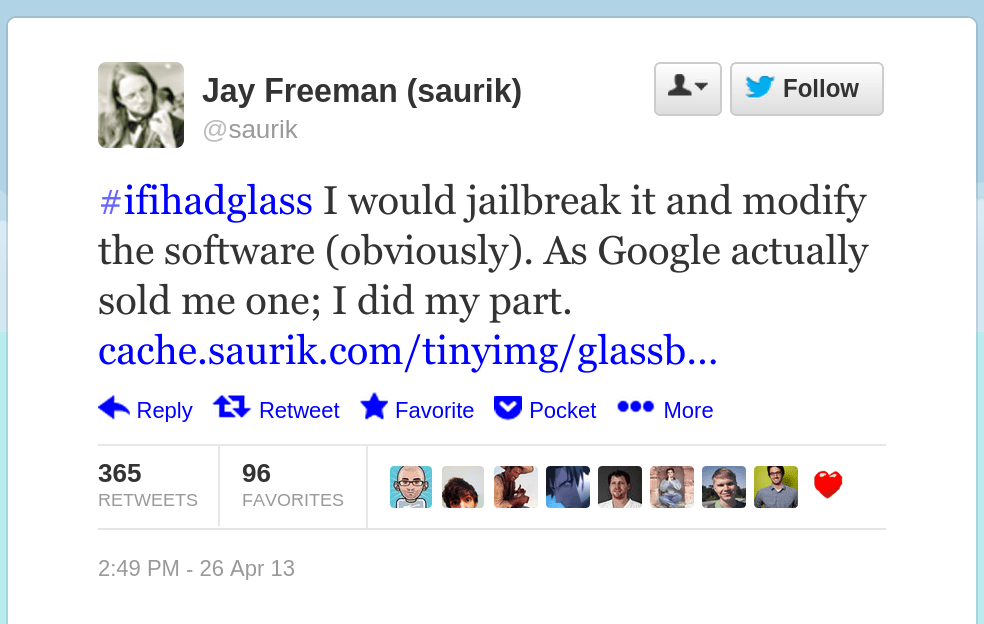 Famous hacker and modder @hexxeh has confirmed that Project Glass runs on the TI OMAP4 processor, which we covered earlier this afternoon. Hexxeh sent out a tweet that rooting seems to be pretty easy to do on Google Glass. 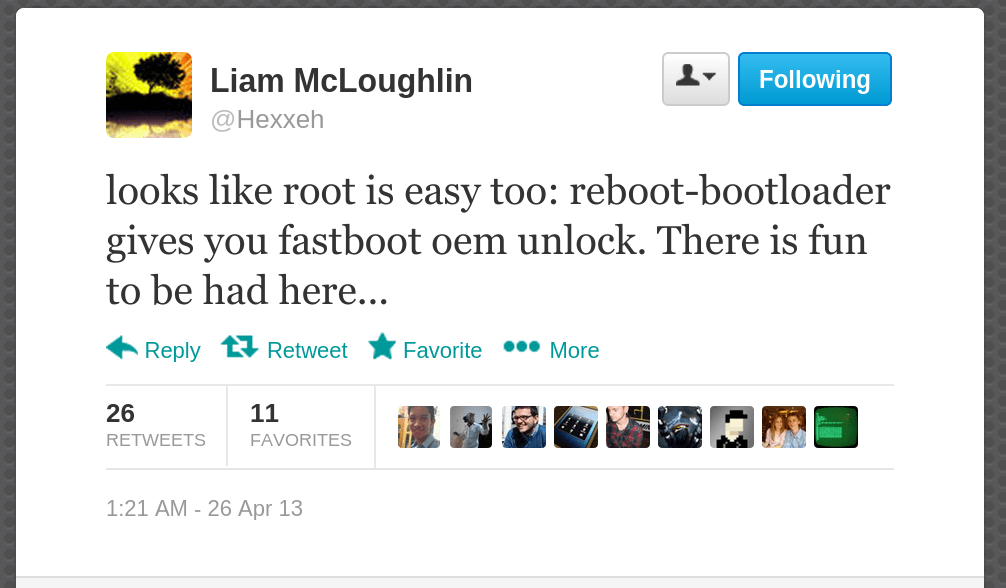 Our favorite command (fastboot oem unlock) is very easy to get too. Or it appears, according to @hexxeh. There also appears to be a debug mode on Glass, which enables ADB mode. He tweeted a bit later. We also see tweets coming from famous iOS hackers @saurik and @chpwn. If you've ever used an iOS device, you probably know @saurik as the guy behind Cydia. 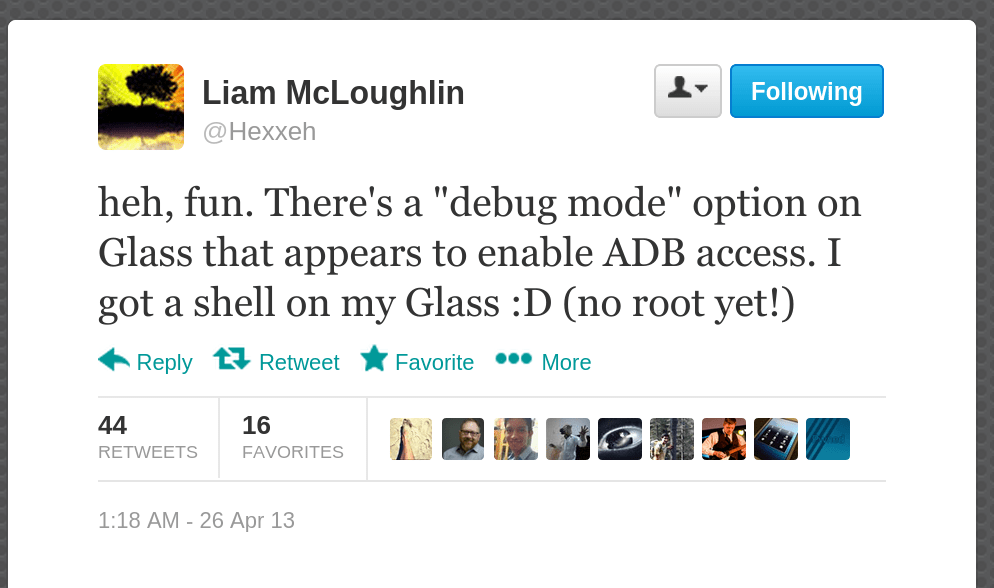 It doesn't appear that root has yet been established on Google Glass yet. But it does appear that we are not far from it. I also saw another tweet that @hexxeh doesn't want to do too much modding until he gets another pair of Google Glass as he does not want to brick this pair. Which is completely understandable. Could you imagine "Damn, I bricked my Google Glass!", I'd probably laugh at anyone that did that, especially considering these things are $1500 a pop right now.

Can you imagine what's possible once Google Glass is rooted? Could we see custom ROMs? Root-access apps? It'll definitely be interesting to see what these nifty developers are able to do with a rooted Glass. We'll definitely be keeping an eye on this to see what happens on the root side. Hopefully good things come out of this.

How many of you are interested to see what is possible with a rooted Google Glass? I know I am. Ever since my Motorola Droid, every Android device I've owned has been rooted. So this is going to be interesting. Let us know what you think in the comments down below.