The Nexus 7 is great, especially for reading and for watching videos on but, it can also be used for a little bit of like work, especially dealing with those e-mails or note-taking. An added keyboard can be a great help but, they’re often bulky and require even more lugging around. That’s where this case and keyboard come in, sure you have to carry a little something more but, it’s basically like bringing along another Nexus 7 that’s a little lighter. Footprint wise, the keyboard is only a little larger than the Nexus 7 and the keyboard comes with all of the keys you’d expect with some special ones added in.

What’s it like to type on such a small keyboard? 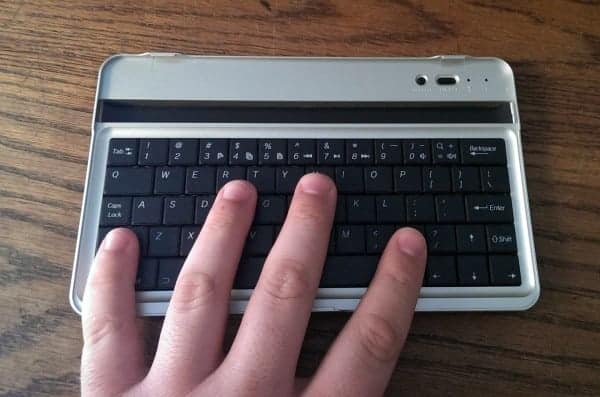 Honestly? Not great. That’s not to say it was awful either, as you can see I have pretty large hands so something like this isn’t the best for me, I’m also more used to typing on massive mechanical keyboards. Those more used to laptop keyboards or smaller keyboard will find the learning curve not as steep and after you get used to it, it’s not too bad at all. Of course, you’re not going to write the next best-seller on this but, for those times when you need a physical keyboard, this works pretty nicely. 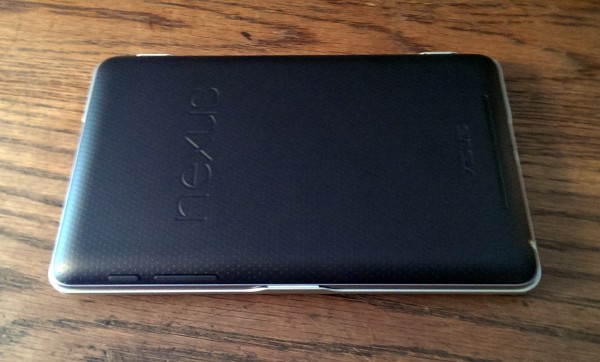 As you can see, it basically cradles the Nexus 7, definitely not a case that you can use the nexus 7 in, it’s more of a carry case. It also looks like a Nexus 7 on the bottom: 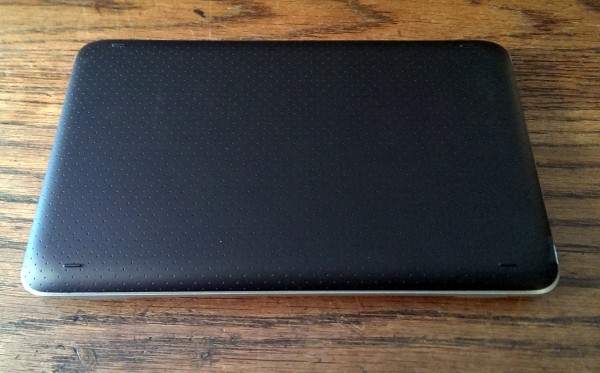 Together, the two of them make a sort of sandwich: 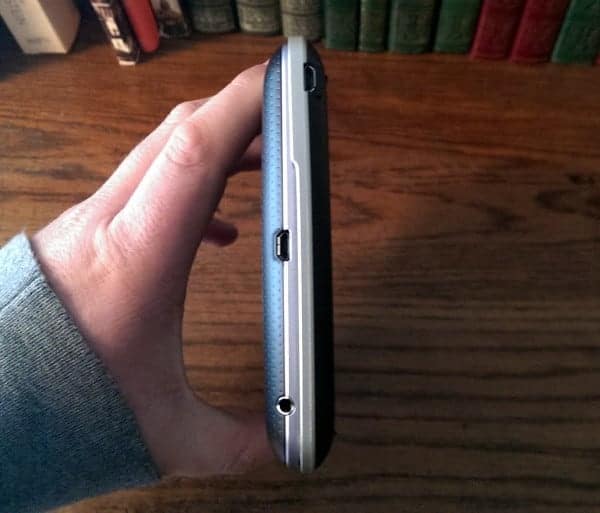 Overall, this keyboard case combo works fairly well, it’s not got the best battery life in the world but it does take the same microUSB input that the nexus 7 does so, that’s one less cable to worry about it. The typing experience really isn’t that bad once you get used it, for those that have an aversion to onscreen keyboard, something like this is definitely worth looking into. Take a look at cases from GearZap here.