Apps and Games are what can make or break our experience with smartphones and tablets so, it's important to get hold of applications that we genuinely want. That's easier said than done however, with the Play Store quickly becoming filled to the brim with apps and games, not all of them are of good quality. Wouldn't it be nice if there were a way to get to the heart of the good apps, and even try out those pricey paid apps? Well, AppSurfer aims to do just that, read on to find out more. Description: AppSurfer allows you to find, try to then install new apps and games. It really is as simple as that. The app itself is a slick designed app and the vast library of apps is broken up into categories, along with powerful search and the ability to see what others are using at the moment. What started off as a service to try out apps in a web browser, has now evolved into trying out apps on your Android smartphone or tablet. It's a great way to save time and avoid pesky apps that are of low quality. How it Works: AppSurfer is a simple app to get up and running, all you have to do is download it from the Play Store. After that you can either sign in with Google or quickly create an AppSurfer account. Once you've done that, AppSurfer will start giving you some tips on how to best use the app: 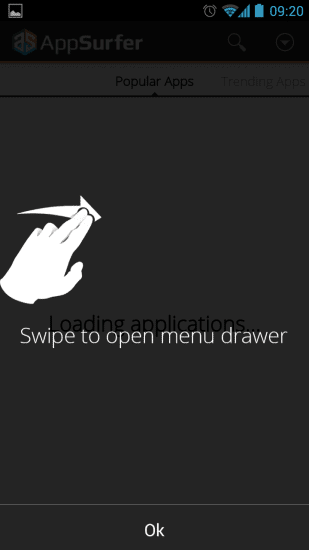 First of all, you'll see three main sections to the app, there are Popular Apps: 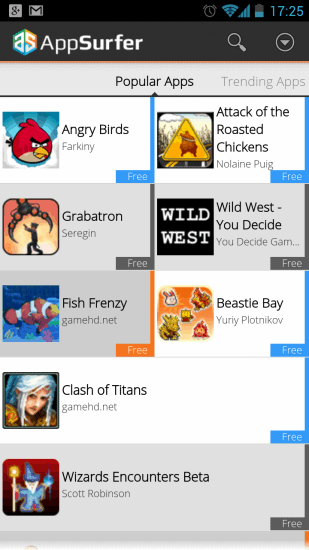 As well as Trending Apps: 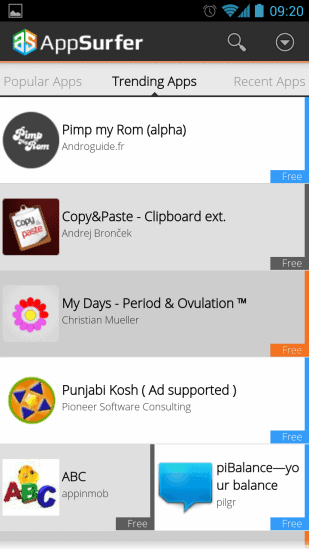 Along with Recent apps: 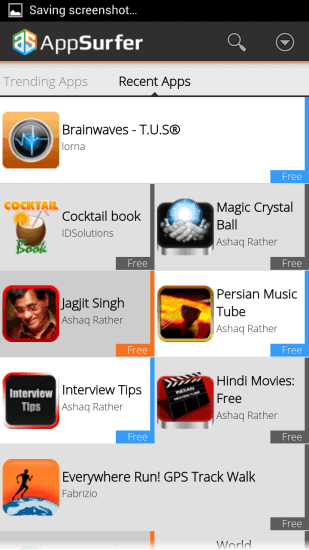 These sections alone are easy to use, and offer a much easier approach than the Play Store. Google's storefront has to sell books, magazines, TV shows and moves as well as apps. Here you can just see apps and games that up and coming or brand new. This isn't all though, as you can pick from a wide variety of categories just by pulling the menu on the left-hand side. 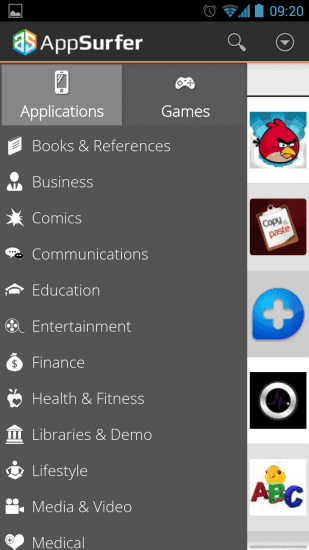 Of course the real crowning feature of AppSurfer is the ability to try out apps before you buy or install them. Let's take this beer app for example, I like my beer and so an app to tell me more about what goes into it would be great: 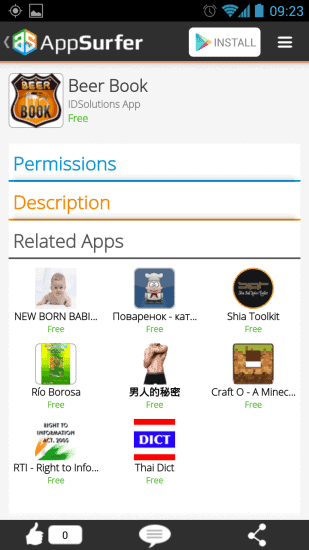 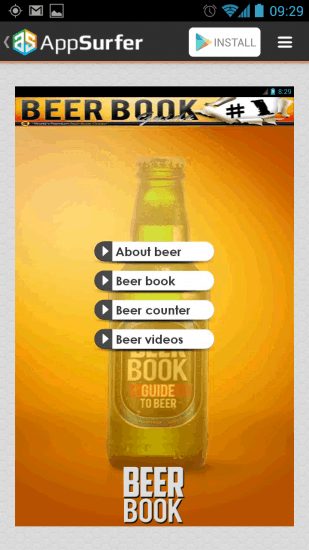 From here, you can go ahead and interact with the app as if it were installed on your device, let's take a look at the "Beer book": 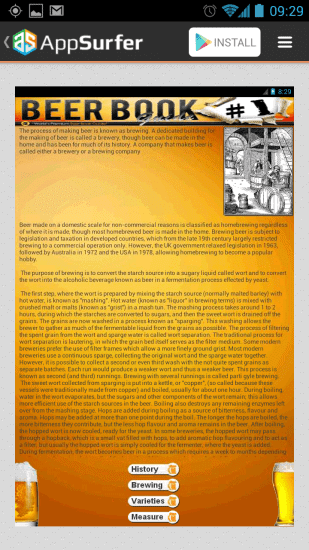 Now, if I like the look of this app or any other app, I can just hit the "Install" button in the top-right and I'll be taken to the Play Store: 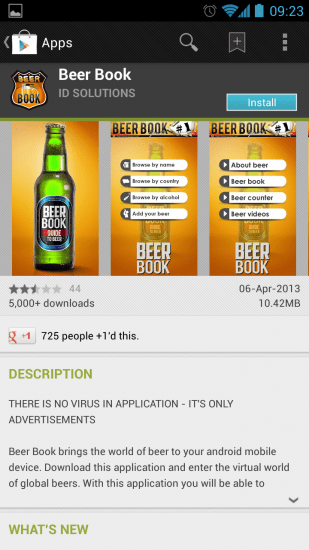 Now, imagine if this were a pricey app that cost a few bucks? I could have saved myself the stress of making sure I beat the Play Store's 15-minute window to get my money back. It really is this easy to try out an app with AppSurfer! Opinion: I try a lot of apps and for a lot of people, finding a new app or game is something to pass the time when you're out or you've simply ran out of things to do on your phone. Installing a whole bunch of apps, and then deleting them after you find out that they're no good isn't fun at all. With AppSurfer though, I'm able to try apps out before they get anywhere close to my device, this is the sort of functionality that should be in Google's Play Store itself. Ratings

Conclusion: Trying out apps can be a lot of fun but, if you come across a string of poor apps, it's a horrible experience trying to delete them all. With AppSurfer you can make sure you only install the apps that you want to and not go through the hassle of uninstalling apps you never really wanted in the first place. With a wide range of categories to choose from, as well as powerful search, it's easy to find something you want to try out. App discovery is getting harder and harder, with more apps and games than ever, with AppSurfer you can try apps before install, Android on web, app discovery.