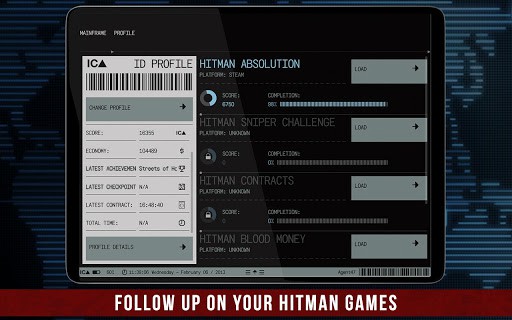 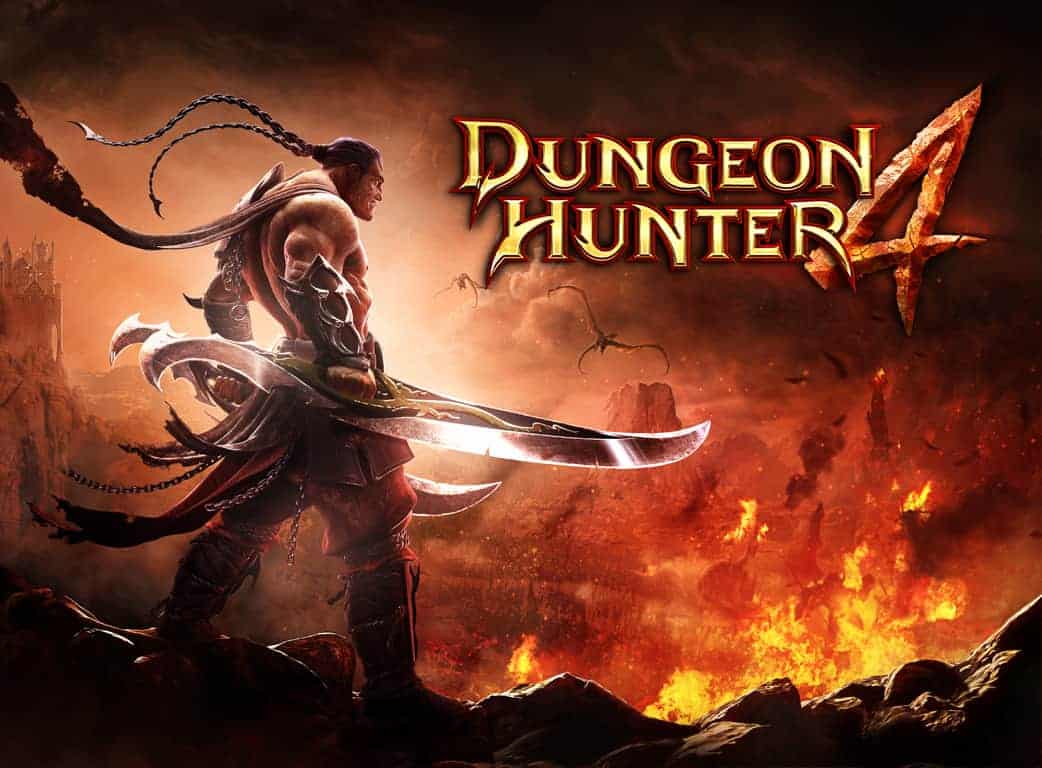 Do you like Dungeon Crawling? Are you kept up at night with thoughts of the sweet loots that you should have gotten off that last chest drop? The cure for what ails you is Dungeon Hunter 4. It’s rumored to release the play store today in an official statement from Gameloft’s French blog which you can find here. Dungeon Hunter 4 sees an entry back into the original path the game series took which ended with Dungeon Hunter 2. I’m talking about a classic dungeon crawler with quests, monster killing, and loot. We will keep you posted on the DH:4 front, for now enjoy the trailer which makes the game look so, so awesome!

Repulze Cruises Onto The Play Store 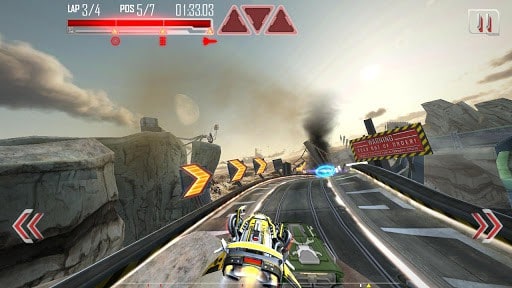 It looks like a mash up of San Francisco Rush:2049 and F-Zero, between the ships you race and the background landscape and tracks you’ll be racing on. There are 24 tracks and 7 ships to race, and the game will set you back $2.99 if you choose to pick this up.

Overkill 2 By Craneball Studios Now Back On Google Play

Originally slated for a late march release, Overkill 2 hit another snag the other day when it was pushed onto the play store but then pulled quickly after a short time. No doubt due to small bugs or issues more than likely. 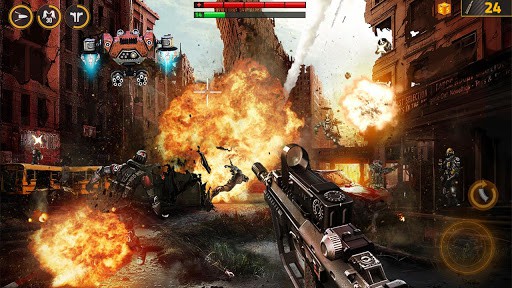 The good news is that the over achieving and highly customizable FPS from Craneball Studios is now back up on the play store for all to enjoy. Overkill 2 boasts plenty of weapons all of which the devs say you can customize to a ridiculous level all to your liking and to the way you want them. Let’s see how the game fares shall we?

Shadowgun: Deadzone 2.0 Gets A New Trailer To Go With The Update

Shadowgun: Deadzone recently received a large update to version 2.0 that included all sorts of new stuff like 4 new maps and new weaponry to best your opponents with. The update throws a whole new game mechanic into the mix for players to get used to. All this is a whole slew of changes for the best multiplayer shooter on mobile and what better way to show it all off with a new trailer to display the goods? Madfinger games is certainly doing things right and this new trailer almost feels like a map pack preview video from Call Of Duty. Enjoy the awesome new video and if you play Deadzone, we’ll see you in the field so watch out.

Lodsys Is Back With More Lawsuits

Lodsys the patent troll is back at it trying to sue Game development companies for what they claim are patent violations. In the past they tried to file lawsuits against some of the smaller development studios. Low and behold, Google and Apple both backed up those companies and Lodsys lost. Well now they’re back and trying to go after some of the larger studios like Gameloft, Gamevil, Backflip Studios and Disney. Seriously? Disney? You’re going to sue Disney? Disney will come back at you with all their lush painted, hand drawn fury and lock you up in the depths of their theme park somewhere, never to be seen again. The current filings make many claims across many of these companies, in Gameloft’s example it’s Real Soccer 2012. The claims are ridiculous of course, with things like the button in game used to buy items. Maybe I’ll file a lawsuit for a patent on the use of brown hair in games. Think it’ll hold? If you’re a smaller development company, watch out and utilize this page link to brush up on how to protect yourself.

Worms 2: Armageddon Is Here For All

Team 17 recently released Worms 2: Armageddon to the Canadian play store, and much to the fans dismay that didn’t live in Canada, they were not able to download and play it. All that has since changed as it is now up in the play store for all to enjoy. If you’re not familiar with Worms, it’s a strategy type turn based game where you will try to eventually annihilate the other opponent. 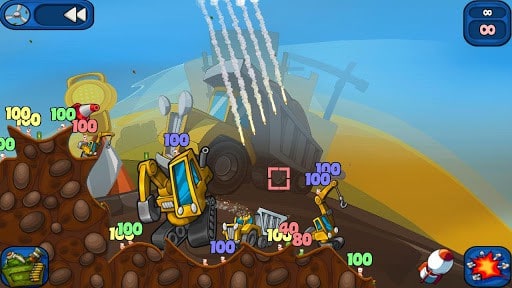 Did anyone ever play “Scorched Earth” on the PC? Im talking like windows 95-98 days. If so, it’s a lot like that. Just way, way better. There’s a lot to play with in Worms 2, what with 30 campaign missions, new weapons, new worms, all spanning across 12 different game modes including body count mode and a multiplayer mode. Leader-boards and achievements will make appearances of course. If you’ve been waiting on some Worms 2 action and have been jealous of the boys up north, now’s your chance to get in on the fun.

Eden To Green Slides Onto Google Play In Closed Beta

Eden To Green is finally available on the play store, although in a closed beta. Eden is a turn based strategy game where you play as plants, who are trying to clean up each stage and nurse it back to health. There’s over 100 different plants and 45 maps, and the whole game is built in beautiful real time 3D using Unreal Engine 3 so things are looking pretty good with the attention to detail from the developers here. 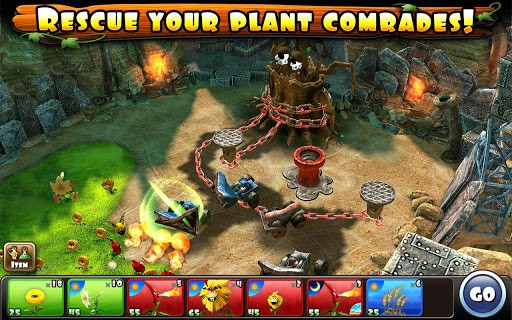 The game made some small appearances in the Tegrazone app last year then eventually disappeared without so much as an explanation. It seems Eden To Green is back and ready to get things going for players. The game looks fantastic and could be quite some fun especially if you like this genre of game. If you’re interested in giving it a shot, it is live in the play store now.

When you hear the name Zynga, you don’t usually think action RPG games. That’s because they usually don’t publish those types of games. Outside of Horn of course. A new game on the way from Zynga called Battlestone, which is in fact an action RPG has had some images surface and the game actually looks pretty good. 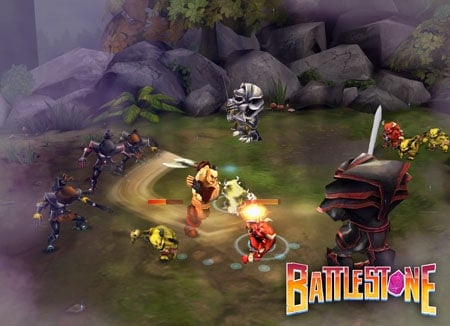 The story should play like an RPG, but the combat seems to be controlled by gestures. This was true with Horn and it’s no surprise that they went this route. Battlestone will have different character classes to play with throughout the game and will also come with a multiplayer PvP game mode so you can challenge friends. Battlestone is so far shaping up to be a decent game. And from the looks, it’ll be pretty to stare at.