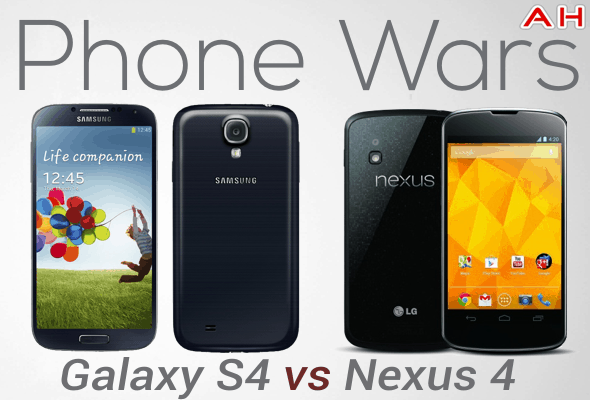 It's that time again, time to throw two flagship phones into the ring and have them fight it out to see which is the better phone. This time we're throwing in the Samsung Galaxy S4 from Samsung and the Google Nexus 4 from LG. Both are running Android 4.2.2, which is the latest version of Android. Which one will come out on top? Who knows. Let's get this started with the specs. 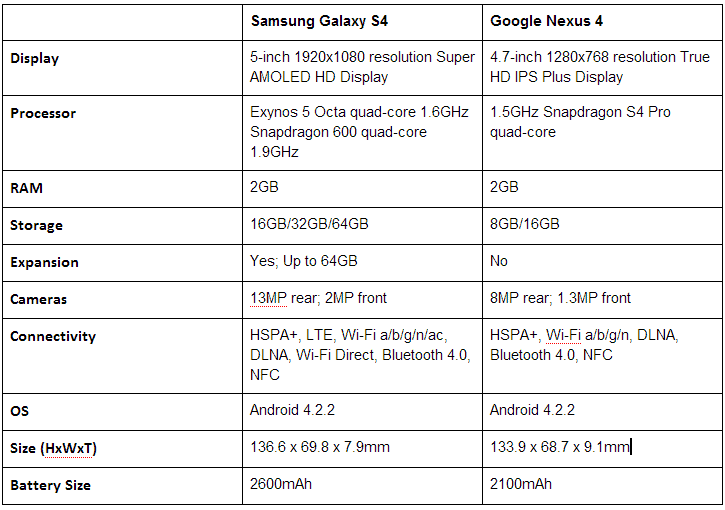 The Galaxy S4 is Samsung's latest flagship, plastic, phone running Android. It's relatively similar to the Galaxy S3, but there are a few changes. The display is a bit bigger at 5-inches compared to 4.8. It's also been upgraded to a 1080p display. It still has that plastic shell with a physical home button and two capacitive buttons on either side of it. The rear camera also got an upgrade to 13MP from 8MP. Overall, most people probably can't tell the difference off the street between the Galaxy S3 and S4.

On the software side, it's running Android 4.2.2 which is the latest version of Android. This also marks the first phone that is not a Nexus to run the current version of Android at launch. It also has a new version of Touchwiz, and Samsung has added an S to just about anything they could think of. There are so many features on this phone, you probably will never use them all. 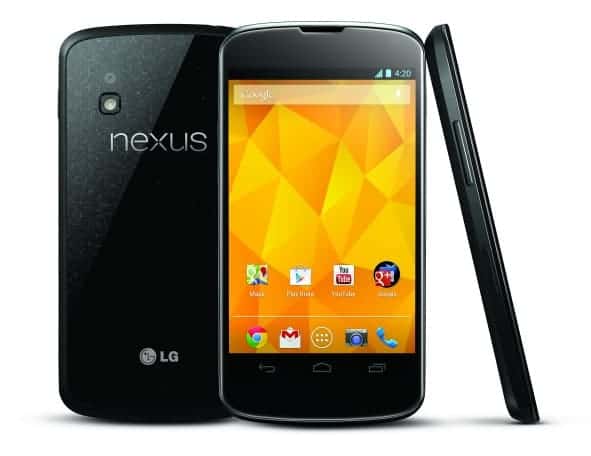 The Nexus 4 was built by LG. It's also had quite a bit of trouble staying in stock. It is a Nexus which means it runs stock Android and gets updates first. It also is very easy to mod and develop for. Which is why it's a developer phone. The Nexus 4 has a beautiful 720p IPS+ display along with software buttons. Which is the way to go now in my opinion. It also has an 8MP camera on the back which is a nice upgrade over the Galaxy Nexus from 2011.

On the software side there's not much to say since it is stock Android and there's no other customizations out of the box. You've got Android 4.2.2 with Photosphere and all the other great features from Android 4.2 – Jelly Bean. 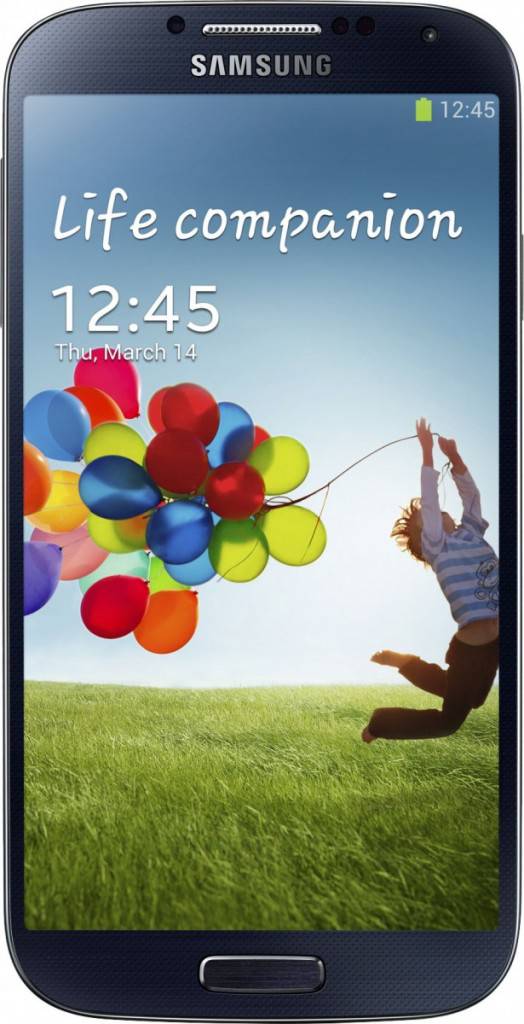 Do you agree with my pick for the winner? Vote in our poll down below: