I'm really happy to announce that starting from today, every week Android Headlines will be delivering a weekly round-up of Android news that affects our U.K.-based readers and is relevant to those over the pond. As a Brit myself, it's nice to be able to write about happenings back home for once! So, turn the telly off, go grab a cup of tea and read on to see the biggest Android news relative to Great Britain!

Caterpillar CAT B15 Launches for £299 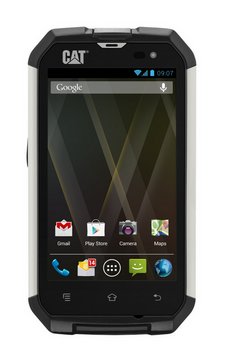 That's a strange name for a smartphone, right? Well, that's because this smartphone is so rugged, it'd take you on in a fight and win. Every time. The CAT B15 sounds more like a model of tractor than anything else but, it's just a super-rugged smartphone that can survive a drop from 1.8m high and anything else you throw at it. Of course, all of this ruggedness has to come at a compromise, which is the specs, unfortunately:

You can find out more about the CAT B15 and purchase it unlocked here. 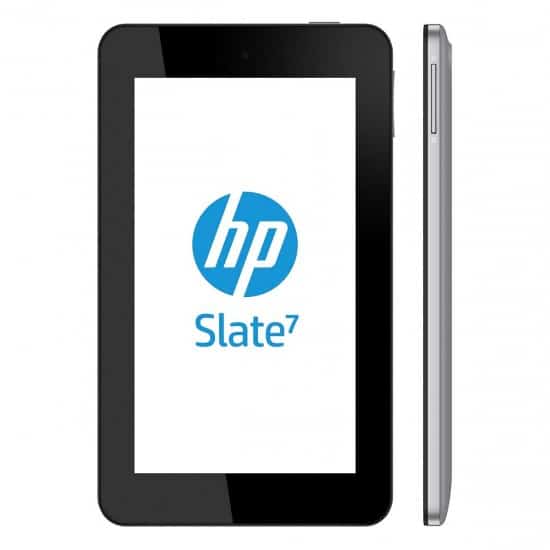 Quick question, how many of you bought a Touchpad off eBay? Yeah, me too. It seems that HP has learned nothing when it comes to tablets, the Slate 7 is certainly a looking but, comes with an outdated screen resolution and it could do with a better CPU. Nevertheless, it's hitting the UK for £129 come May 1st. Is it worth the extra £30 to get the 16GB Nexus 7. Yes. Have HP turned up late to the party again? Of course.

It seems that the Guardian has been taking Android more seriously as of late. Their official app gets better and better, and is my personal favorite for decent news coverage. Still, the iPad is their favorite – c'mon Guardian, give us a proper tablet app already! With that said, they've launched a new app for Android, called GuardianWitness, which is essentially the app equivalent of "e-mail us your photos or experiences", it's a decent enough app, I just wish they'd actually bring us an ad-free news app instead of spending time oon something like this though. 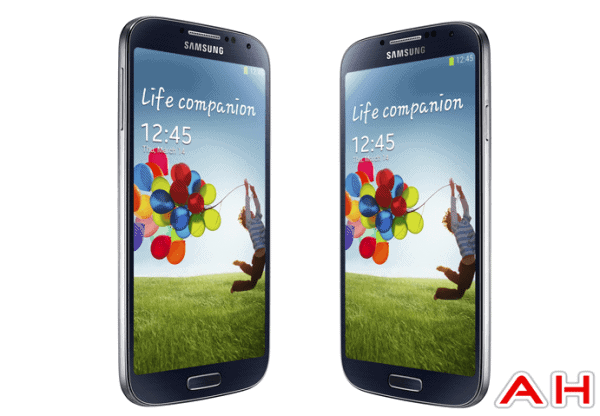 Looks like those that have pre-ordered the device or who are looking to chance it and get one on launch are going to have wait a lot longer than they first thought. The Inquirer are reporting that there's a delay of….24 hours. That's right, the Galaxy S IV is going to be delayed one whole day, not sure how the Samsung faithful are going to cope but, stay strong out there guys. The Galaxy S IV is to now go on sale April 27th.

Ah, Sky. The company everyone loves to love, and hates to love. Sky Go is a great service but, they've never cared much for Android, which is why chances are, your device is not compatible with the service. This latest update however caters for the following smartphones: Motorola RAZR HD, Sony Xperia Z, the HTC One and the Samsung Galaxy S IV. If you're not familiar with Sky Go, why not take a look at the app in the Play Store, just click the link below. 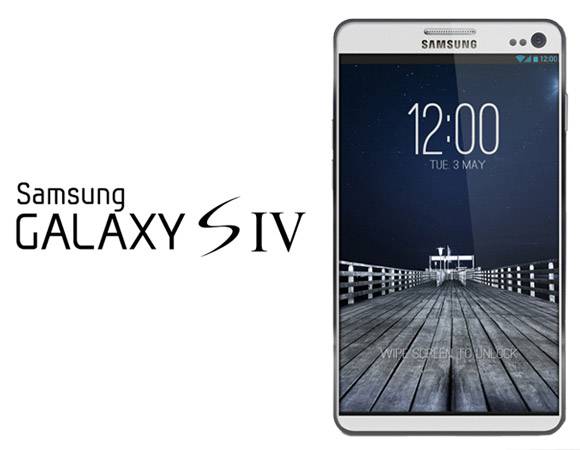 While TalkTalk might be a little new to the U.K. networks, they've got room for the Galaxy S IV, and will be holding pre-orders starting April 22nd, with the device launching April 27th, along with everyone else. Plans are simply Small, Medium or Large, with the device free of charge from £30 a month. Bargain!

If you've got an Android tablet in the UK, then you might have noticed that the Play Store has been getting more and more magazine relative to us Brits. One of those new magazines is Nuts. Which, um, comes with boobs. Lots of boobs. So, if you're a fan of one of Britain's best-selling "lifestyle" magazines then you can now get it on your Android tablet and more.

O2 Announce New Tariff: Refresh; Aimed to Give You a New Handset Every 12 Months 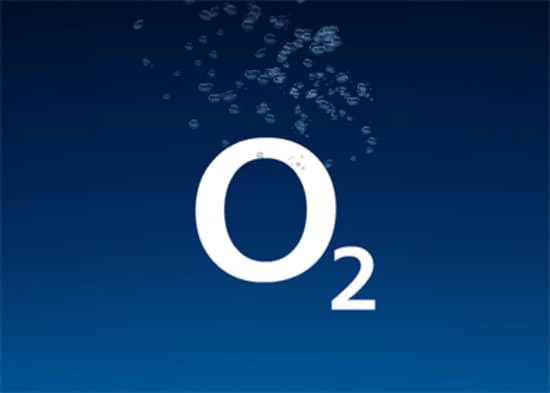 Let's be honest here, networks are getting a little out of hand over here with "free" phones. Sure, they're "free" but you end up paying anywhere from £5 to £15 a month for that phone, it's just hidden in the cost of your tariff. For a lot of people, that's great but, what if you get fed up of your current smartphone? Well, you have to wait I am afraid. Not if you were to sign up to O2's Refresh tariff, which will basically have you paying for your phone and your plan, with no termination fee, and you can trade in your old phone at the end of it. Let's have O2 explain:

When a customer signs up to O2 Refresh, they choose a Phone Plan and an Airtime Plan. By signing up to and paying separately for their phone and airtime, customers are given complete transparency, while paying the same overall as they would on a standard 24 month Pay Monthly tariff.

For those customers who want a new handset before the end of their contract term, O2 Refresh enables them to pay off the remainder of their Phone Plan and end their Airtime Plan with no termination fee. To make it even more affordable to get the latest smartphone, customers can trade in their old mobile for cash using O2 Recycle, getting up to £260 to put towards their new phone

You can find out more from O2 themselves, here.

HTC One "Free" From TalkTalk for just £25 a Month

Surely, this is too good to be true! Pretty much! You can get the HTC One on TalkTalk for just £25 a month, which is pretty good in and of itself but, well, take a look at the plan below: 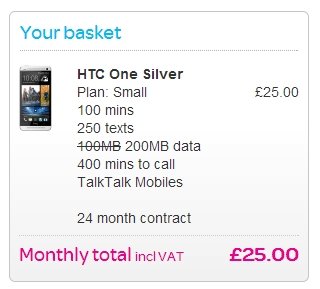 So, yes, the phone is free but, who the hell are you going to be talking to? Good job there's an Android app for Skype, right?

HTC's Facebook Phone "The First" is Coming to EE Soon 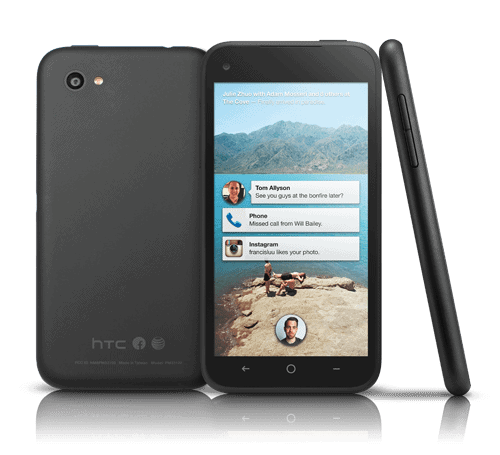 You might not have heard of the…oh, who am I kidding? You all know of the Facebook phone from HTC, and no, I don't mean the ChaCha or whatever it is was called. The First from HTC is different because, it's essentially a stock Android device from HTC for a decent price, it'll be hitting EE this Summer, apparently. Read more on the First here.

4G Spectrum Auction to Be Investigated by Watchdog 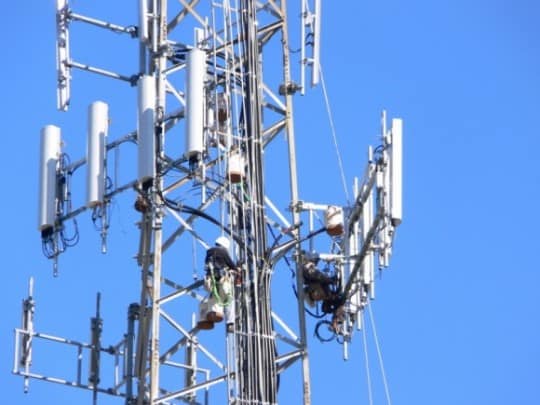 Ah, "investigation" and "watchdog", two words we keep on hearing a lot about in Britain these days. The 4G Spectrum Auction that was said to raise as much as £5.2 Billion, with the Coalition hoping for at least £3.5 Billion, went for a total of just £2.3 Billion. Which left the government caught short by a fair old sum. This is now being looked into to see if the Government got value for money. Well, maybe if OFCOM had told EE that they had to wait for the auction, like any sane person would do, then the auction would have raised a little more money. OFCOM have proved themselves to be inefficient time and time again, it's about time that something gets done about it.

Samsung's Galaxy S IV Gets A Little Cheaper on O2

If you were looking at getting the S IV on O2 but, found the prices a little steep, then you should take another look. The pricing has changed across the board and in some cases, expensive plans have been scrapped. This means that O2 are offering a better deal than some, but not everyone out there. This definitely makes your search a little harder, head over to O2 to check out their prices. 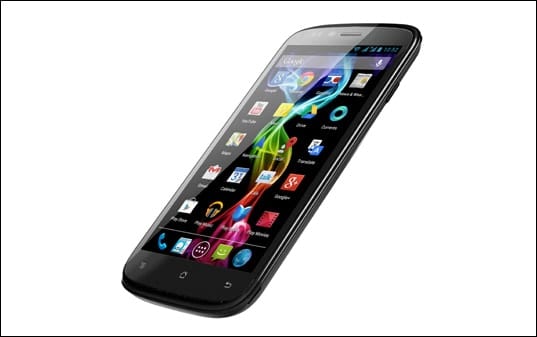 If you were looking to get your hands on a new smartphone this year but, spend too much time on that Nexus 7, or you don't want to spend a lot of cash, then Archos might be somebody to look to. The company announced a trio of smartphones yesterday, which you can take a look at here. UK Pricing seems a little fuzzy right now but, Archos are normally quite good at selling devices here in the UK so, look out for those in stores and online.