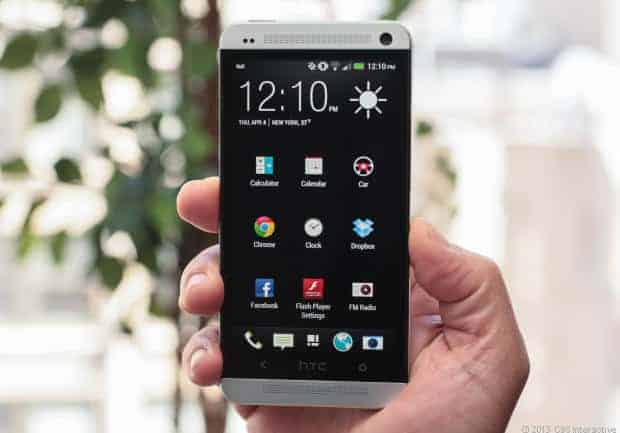 Most of you probably know by now that I love HTC's devices. I've owned more HTC phones than any other OEM. In the past I've owned the HTC EVO 4G, EVO Shift, EVO 4G LTE, and Sensation 4G. I've also owned devices from Motorola, Samsung and now LG. So it's not like I've never used another manufacturers devices before. We all know HTC isn't doing well. That's a well documented fact. But it seems that in 2013, HTC is making a major turn around.

How popular is the HTC One? Well, we asked our staff here at Android Headlines last week if they'd choose the HTC One or Galaxy S4. The HTC One won 3-2. But we also threw a poll into that post for our readers to vote on which they'd choose. You can see the results down below, but it's good for HTC. 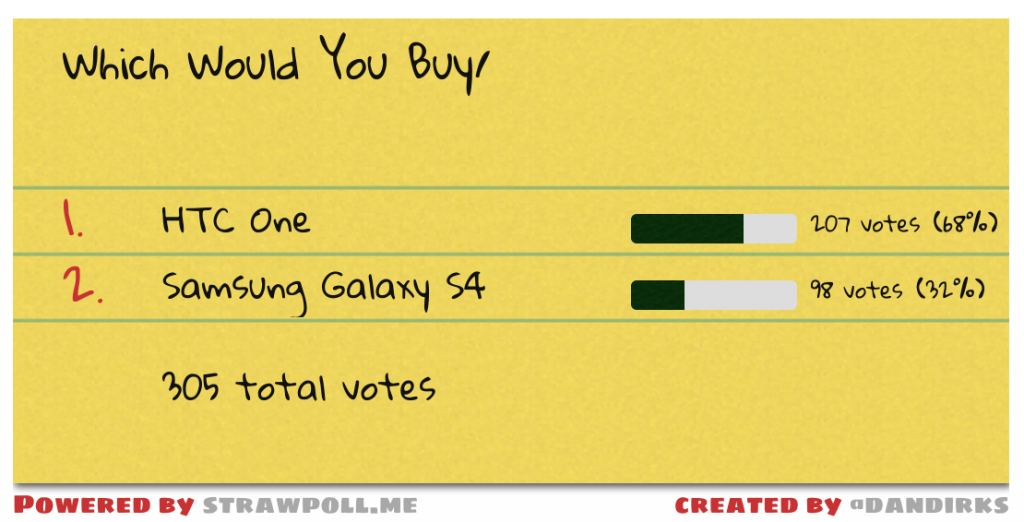 Now I understand that votes in our poll doesn't translate to sales. But from what I've seen a lot of people are planning on getting the HTC One instead of the Galaxy S4 due to how big of an upgrade the Galaxy S4 wasn't. I'm not saying that Samsung won't sell a boat load, because they will. But with HTC having six straight quarters of declining revenue, they need pretty much anything they can get to bring in a profit. Their last quarter, they barely even made an operating profit.

Unlike other manufacturers out there like Blackberry and Nokia, HTC is not sitting on a big pile of cash. They don't have a whole lot of cash to work with. But with the HTC One, they are certainly hitting a lot of the right notes. They've made it easy to unlock the bootloader, and root. They've also posted the factory image for the developer edition of the device within days of it shipping. In addition, HTC got the One on 3 different US carriers as the same device and virtually no bloatware. That's something Samsung hasn't even been able to do. If you pick up the Galaxy S4, count how many carrier apps are on it.

The HTC First is a great device as well. It feels like the love child of a HTC One X and iPhone 3GS. Which isn't always a bad thing. The HTC One X was a great looking and feeling device. The fact that the HTC First is running stock Android and has LTE is also a huge plus for HTC. Even though it comes with Facebook Home, I actually hope it sells well. And in turn I hope HTC will realize that stock Android is what we, Android fans, truly want in a device.

The other thing is updates. HTC is known for not providing quick updates and leaving devices behind as far as next versions of Android go. So we'll have to keep an eye on both of these devices to see how quickly or not so quickly they get their updates.

Personally and professionally, I hope the HTC First and HTC One can help HTC out of the hole they are in. Nothing against Samsung, but without the likes of HTC, Motorola, LG, Sony and every other Android OEM out there, Samsung won't feel the need to innovate anymore. Which means they'll start to act a lot more like Apple and release their Galaxy S device every year with very few upgrades. Now we don't want that, or do we?