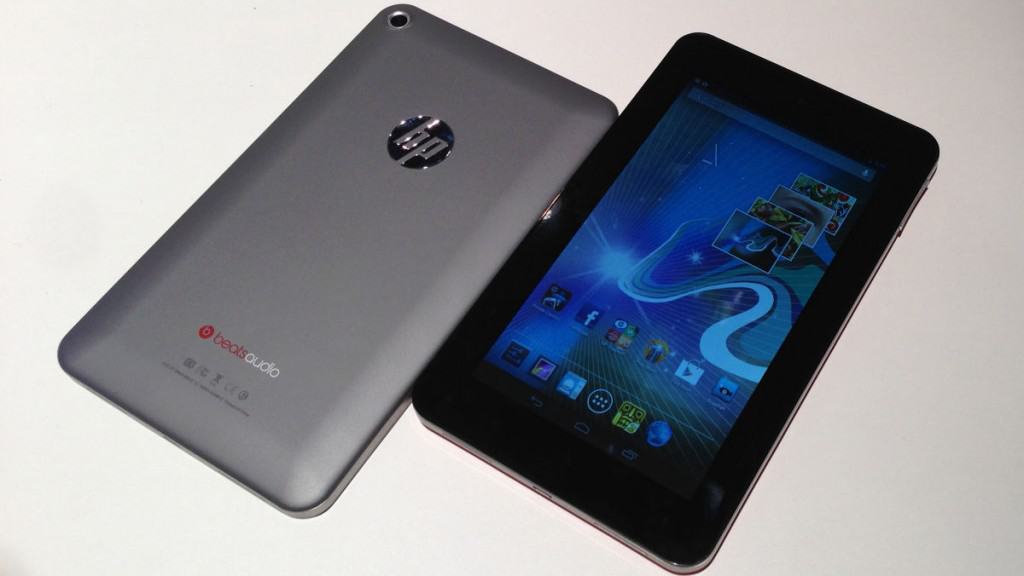 HP's struggle to enter the tablet market is well documented. The old HP TouchPad, a famously colossal failure that resulted in a ridiculous $99 firesale, was especially memorable. HP hopes that their newest tablet, the Slate 7, will be just a little better received. Maybe they will even make a profit this time! All joking, aside the Slate 7 is a serious attempt by HP to reenter the tablet game. While I admire HP's fight I think they may have missed the mark yet again.

While the Slate 7 is certainly a decent tablet, it won't blow anyone away with its specs. A 1.4GHz dual core chip with one Gig of RAM power the underwhelming 1024 by 600 display that falling far short of the now year old Nexus 7's 1200 by 800 display. HP did decide to include a micro SD slot and rear facing camera, two things that I wished Google had included.

So if almost everything about the Slate is bested by a year old tablet, why would anyone want to buy this? Well the simple answer is price. At $169 the HP Slate hits  a new price-point low for a tablet from a major manufacturer. It seems like HP is hoping this price point alone will sell their tablet, unfortunately I would be quite surprised to see all that many people go for this.

Had this tablet came outt a year ago it would have had a real chance to grab a solid share of the 7 incher market. Unfortunately this tab will be hitting shelves at the end of this month, and we all know what's coming just a few short weeks into May… Google IO. Rumor after Rumor says that Google will reveal the next Nexus 7-2 (hopefully not with that name) at their keynote. While the current seven inch offering from Google beats the Slate 7, the next iteration will likely blow it out of the water. To make matters worse the old Nexus 7 is all but guaranteed to receive a price cut.

Will all but the most die-hard HP fanboys (do those even exist?) chose a slate 7 over a cheaper Nexus 7? Probably not, it seems like HP is essentially "trying everything that's out there to regain momentum" as David Daoud, research director at IDC said. Is anybody looking forward the Slate's release? Or do you think this will be just another failed tablet by HP? Let us know in the comments below!