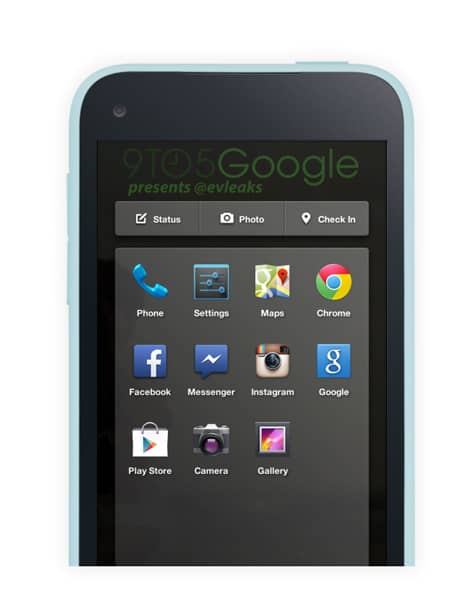 With the emerging dominance of smartphones and the mobile platform more and more companies are trying to find ways to enter this market. Earlier on this year the number of Facebook users on mobile surpassed desktop so it stands to reason that Facebook would be trying to make their phone. Because Facebook doesn't have their own hardware manufacturing division they will be following a similar route as Google with their Nexus devices by assigning the task to a third-party, in this case it will be HTC and will be probably be called the HTC First/Myst. The phone is due to be unveiled later on today and will be Facebook's 'new home on Android'. With the launch just around the corner the rumours and leaks have been coming in thick and fast. The latest leak from the reliable @evleaks shows off the device in three different colours, red, white and blue as well as some glimpses of the devices UI. While the image of the phone doesn't reveal too much, it does match a previous leak, showing a device with three capacitive buttons on the bottom with a somewhat iPhone-esque design.

If you were expecting groundbreaking performance you'll probably be disappointed. This phone is meant expected to be a midrange device with a 4.3 inch 720p screen. The internals of the device will include a dual-core Snapdragon S4 processor with 1 GB of RAM, 16 GB of internal storage, 5 megapixel and 1.3 megapixels rear and front facing cameras as well as 4G LTE support. The reason behind the lukewarm hardware is probably due the intended use of the device. This phone is no doubt built around the use of Facebook, hence why groundbreaking performance isn't a top priority while fast data connection and power saving is due to the devices main function is being a dependable platform for users to use Facebook. 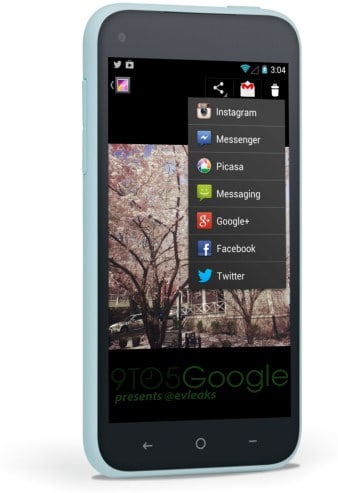 The phone will unfortunately be running a custom skin, a variant of HTC Sense with an increased emphasis on Facebook. The new launcher has a minimalist aesthetic with a focus on photography and easy access to Facebook functionality without having the open the app itself. The new Facebook launcher will also be available for download at the Play Store for those without the official Facebook phone, while I may not be a fan of anything that isn't AOSP based, the Facebook launcher UI seems to have a well thought out layout that also matches the styling of the device. With the increased emphasis on photos it seems odd that the phone is only paired with a 5 megapixel camera, but as HTC have said, megapixels aren't everything especially when you consider the fact that these photos are only meant to be uploaded onto Facebook or Instagram. 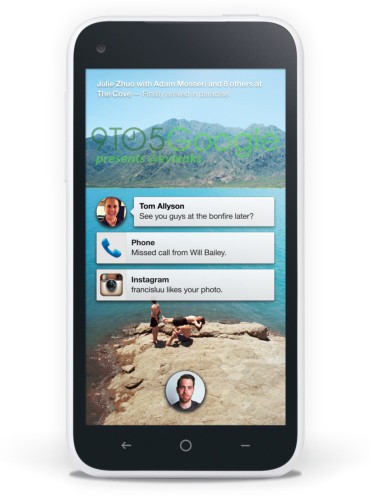