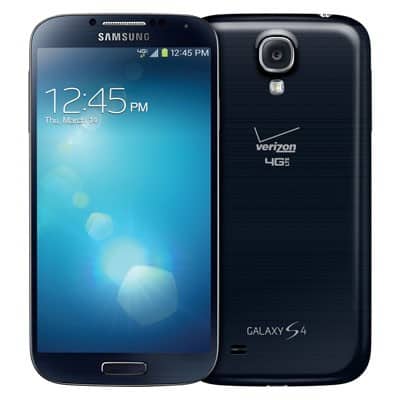 Samsung is bringing their new flagship phone to the world by the end of this month. The South Korean super-manufacturer is bringing the Galaxy S IV and expects a huge 10 million units to be sold in the first month alone. Originally the phone will ship to 50 countries, eventually rising to over 150 and representing 327 carriers. To put that into perspective, the Galaxy S III sold a mere (and I say mere only in comparison) 6.5 million units in the entire second quarter last year.

Furthermore this isn't just an unrealistic or optimistic claim by Samsung. According to sources in the supply chain there will be an almost immediate demand for these 10 million units, rising to 30 million for the first quarter.

Let's go category by category to see if the Galaxy S4 is good enough to live up to the reputation made by its predecessor.

The significant upgrades from the S III were quite necessary. HTC's Droid DNA started the 5-inch 1080p trend, not conforming to this would leave the screen (one of the most looked at features of phones now) inferior to its main rival. Also, the S III screen had a regular tendency to crack, the move to Gorilla Glass 3 solves a major issue.

Naturally the S IV has to be a power house for it to be popular, and it certainly appears to be. One issue with the S III was despite its large battery the power-hungry processor prevented it from being a particularly long-lasting smart phone. The S IV incorporates a second less powerful and power-hungry CPU, it will certainly help to increase the time between charges and the general longevity of the battery.

Like I mentioned before, one issue with the S III was its comparatively short battery life. The increase in battery size is completely necessary for the more powerful processor and more detailed screen. It's going to be difficult to see if the battery will be sufficient until the actual running times can be tested.

Considering the far superior specifications of the S IV; it's not surprising that the S IV will fly off the shelves.

Samsung has managed something almost bizarre. We live in a world divided over almost everything; religion, politics and which phone is superior. Yet in a market of thousands of Android phones, Samsung has created a product that the entire world can come together for.

Unlike HTC, Samsung uses (mostly) their own in-house parts so they wont fall down in part shortages and allow them to directly control the amount of phones they produce, even if demand exceeds or falls short of the expected amount.

Samsung is expecting a huge success over most of the world with their new flagship phone. If previous trends with the Galaxy S II and the S III continue they will further establish their dominance over the Android phone market.